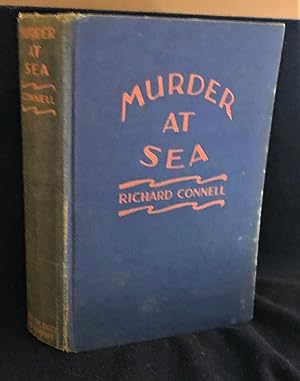 Richard Connell is a virtually unknown name for anyone who reads detective fiction. The reason is that he was not a prolific author of novels, and is instead known more for his activity as a film and television screenwriter: it is no coincidence that he wrote the screenplay of Frank Capra's Meet John Doe, for which he was nominated for an Oscar. . In the narrative field, he wrote four novels, but only one of these is of the detective genre, and it is the one in question.

Murder at Sea, sees amateur detective Matthew Kelton in action who occasionally collaborates with the police. Due to his health conditions, he decides to embark on the Pendragon steamship to take a sea voyage to Bermuda where he can rest and heal. The beauty is that, as soon as he embarked, and as soon as the ship began its journey, he was disturbed by Captain Gavin who revealed to him how a stewart on board, assigned to one of the cabins, found the body of the man who had taken possession inside. of it, a certain Samuel Cleghorn, an important businessman partner of a famous company that sells wholesale coffee, with a pulverized skull. The presumable time of death should be 5pm or so, because at that time the stewart had talked to Cleghorn and was therefore still alive. Kelton instructed by the captain to unravel the skein before the ship arrives in Bermuda, he must understand who after that hour (presumably at 5, 15-5,20 p.m. because at 6 p.m. when the body was discovered, it already presented rigor mortis) may have committed the murder. And then he begins his inquiries among the other travelers, three of whom are teachers, there is such a Westervelt who is elusive, and so is Varga, then there is Miss Imlay and Mr. Sangerson, Miss Royd (lady of company) and Lady Esther Yate invalid, and finally Mr Mond, such a talkative, who will be discovered after being treated in a psychiatric hospital.

Kelton comes to find himself in a real mess, because several travelers report that sparkling eyes have stared at them in the dark, crazy eyes, only there is no one who has them; yet the subject in question, he even dropped along the side of the ship to look into a porthole at night. Someone then destroyed the ship's radios to isolate it, and if not the same person, another stole expensive perfume bottles owned by passengers from the cabins.

In the course of the story Kelton will learn that the victim, of whom no one knew the past, actually before becoming rich, had been a farm tool trader in Yorkshire, by the name of Jack Murdo and here he had met a girl whom he he was in love, only to abandon her by stealing their son from her, and returning to America as Cleghorn, a partner in a coffee sales company. This sad story of child kidnapping involves three people on the ship, and in turn three of them and a fourth, linked by a profound bond to one of the three, confess themselves to be the perpetrators of the crime. Nevertheless Kelton, due to the incomplete accounts and which place the action in times that do not coincide with those presupposed for the crime, sets aside these four confessions, and after eliminating the owner of the sparkling eyes, who has nothing to do with the crime, and having given a name to the perfume thief, which has nothing to do with the crime, will succeed in a surprising ending to indicate the murderer, despite the fact that all or almost all the travelers only later have actually revealed useful details for the investigations.

The 1929 novel, Murder at Sea, is not what a novel in the wake of Van Dine might seem at first glance, because the detective has none of the typical characters of Philo Vance. I would rather say he may have somehow followed the false lines of the novels of Rufus King, another very famous author in those years, who set his stories almost exclusively at sea. The plot is particularly rich in twists and turns, and given the main activity of the writer, it would have lent itself well to being the basis of a cinematographic film, because in addition to a crime, in the novel there is a mixture of adventure, for an animal escaped from the menagerie time before, hiding in the ship, and a whole series of intertwined but absolutely misleading events, such as the perfume thief, the radio destroyer, the presence of a policeman and a thief in disguise, and two couples of lovers moreover connected to each other, and the hour of death which is then understood not to be the actual one. The result is that the murderer is none of those who had been the subject of the investigation, but another person, who unlike what Van Dine says, does not appear in the action of the novel, except for a tuft of hair that comes found in the victim's bathroom, and although quoted extemporaneously in the novel, he literally falls from the sky in the novel's finale. 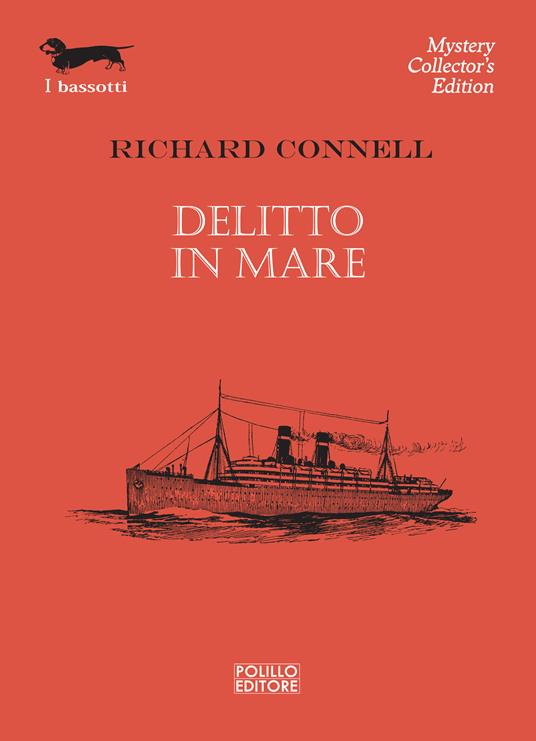 Another oddity of the novel is that if the murderer must have boarded before the ship took off and then got off, how can Kelton trace him back, who has neither seen nor known him? In fact, Kelton employs a certain Mr. Hong from Chinatown, who is his privileged informant, at the head of an organization that sells secrets and information; and it is to him that Kelton turns during the voyage to ask him, via an auxiliary radio, about who knew Cleghorn and the various travelers of the Pendragon. Therefore, the action of the novel cannot be said to be very correct towards the reader, if the detective novel par excellence is the one in which the reader can if he is good at competing with the protagonist of the story in understanding who the culprit is: here this is absolutely impossible, as only the detective has in his possession the crucial information that is made available to the reader only in the solution.

The result is an action-packed novel, written with a brilliant and stylistically very fluent style, which can be read in one day, but which then, despite having solved the various quids in an exhaustive manner, leaves no impression of being a novel that leaves its mark , but more one that serves to distract.