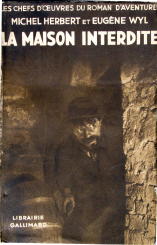 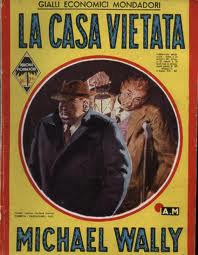 Moreover, the presence of a crowd of people belonging to the people and enriched the bourgeoisie, which also belongs to a marquis fallen, demonstrates the habit of never calmed French, daughter of the revolution of 1789, to oppose the rise of the aristocracy and upper classes , which instead are typical subjects of the novels of Anglo-Saxon (the aristocracy in America is replaced by the big bankers, businessmen, the entrepreneurial middle class) is no accident that the Marquis Guyeres is a crook, a scoundrel short Then little by little began to live an honest man, however, experiencing a condition of subordination that clashes with its noble origins. So, deep down, we see in the novel is also a hidden motive is social.
And the incongruity of the situations that make the crime "impossible" is explained with great subtlety, revealing many different interests and so many secrets unconfessed explained that once they rise Gustavo Sting detective leading is no accident that three procedural subjects, in ' courtroom, the (National) President of the Court of Appeals, the (city) Deputy Attorney General, the (city) Parker's defense attorney, recognized the greatness of a servant (another citizen of the French Republic founded on the eternal values of Liberte, Egalite, Fraternity), much detective race than they have been demonstrated. What is surprising is the reasoning behind the explanation, simple but incisive: the mysterious visitor who can be and how it could vanish. I must admit that surprised me. I have read all the major Locked Rooms and shut the other hand I realize that there are still many that can be a pleasure for the intellect.
Ah, the good novels of the past ...