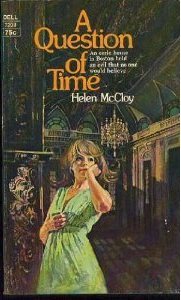 Lisa is an orphan. Her parents were an Italian woman (daughter of a noble), and Rupert Holland, son of Sophronia Holland, heir to a wealthy American (Jewish?) Family. Raised in a convent of nuns in Italy, the child arrives in New York. She does not know anyone in America, yet she is joyfully awaited, especially by Amelia, Rupert's sister, who is married to Hugh Hadueletti, son of the same age, Susan and Roly.

Although Susan does everything to bond with her, Lisa is grumpy: she only manages to bond with Roly, Susan's brother, whom she falls in love with, reciprocated. Youthful loves, adolescents: thirteen, fourteen year old boys. Susan in turn is in love with Jim, a handsome, blond, tall friend of Roly, and Jim with her. From this group are excluded the two twins Heron (a Jewish family too?), Pelléas and Mélisande, children of the neighborhood, envious of the Holland, richer and more fortunate, with whom the girl is in love not reciprocated, of Roly.

One fine day Amelia decides in winter to take everyone ice skating on the lake, and Jim Bandloin, a photography enthusiast, shoots an eight-minute film with the camera. The ending is sad, and seems to anticipate what will later be learned with dismay: the father of Lisa's mother, an Italian Prince, of the Urbani-Pavia family, has tracked down his nephew, and wants her back to Italy. It is not as they are thought to get their hands on the Holland estate, but only for family purposes. So Lisa, especially to Amelia's displeasure, returns to Italy. But before she returns, a very strange thing happens that will have repercussions years later: the Holland house is more similar to a castle than to a villa. And a great ballroom has a singular importance, in which on the two doors that enter it, there are two paintings, one of which is by Goya, which depicts Saturn devouring his children. By chance Lisa enters it, and immediately faints: terrified, she claims to have already entered it and if she enters it again, she will die. Sophronia's doctor, Dr. Neroni, an Italian American, psychiatrist, claims that it is Déjà-Vu, that is a form of alteration of memory (paramnesia), and cites the theories behind it. The fact is, that Lisa is part of her and no one could ever know that after ten years, when she has become a very beautiful girl, she returns to America, after the death of her Italian grandfather.

The returning Lisa, she explains, remembers nothing, absolutely nothing, of the event that had traumatized her ten years earlier: it is how her psyche had, if not removed the memory, at least hidden, so much so that one wonders if it is the Lisa who had arrived ten years earlier, or an impostor (perhaps her cousin Ginevra, who seems to be quite similar). But she remembers Roly, and the two are still in love, and she shows it. Amelia is happy, especially since her children will have a cousin to deal with, now that she is widowed, since her husband who had fled with another, died with his lover in flight. And the ballroom? It remained that it was, only that no longer two entrance doors but only one, the one on which the Goya hangs.

Mélisande is jealous of Lisa because she too is in love with Roly. After so many years, Jim's film is again shown, and then the two brothers, agree, one evening, they manage to lock Lisa from the outside in the ballroom, throwing the key through a window in the garden. . Lisa, who up to that moment remembered nothing of the scene ten years ago, has a furious reaction and furiously bangs her fists on the door for it to be reopened, but these vibrations only have the consequence of having the Goya painting come off on her head, that falls, smashing her skull. 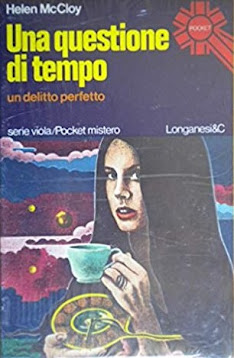 Captain Elliott, having arrived on the spot, discovers, analyzing the scene of the accident, that the iron wire that held the picture hanging, has been partly dissolved and partly severed. And so it is murder, premeditated: someone had climbed into an antique armchair, at night, twice, two weeks before and a few days before death, and had clumsily operated on the wire.

It won't be Captain Elliott but Dr. Neroni (alter ego of the psychiatrist Basil Willing?) To nail the diabolical killer, who had moved the twins as pawns, tried to kill the old Sophronia in fear during the night, and killed Pelléas who had tried to blackmail him.

Let's say right away that this is a brilliant novel, whose equally brilliant solution adapts wonderfully to the fame that McCloy enjoyed (and still enjoys today): a locked room, absolutely outside the genres, which is linked to a plot in which still once a psychic phenomenon, this time the Deja-Vu (do you remember How was the Doppelganger in a Mirror?), has its basic importance, as well as a certain form of hypnosis.

There are so many things I don't say, and if I did, you'd lose the pleasure of reading this beautifully constructed jewel: the motive is hidden to the end - the ancient Cui Prodest? - and the reader (the undersigned), following the events, wonders several times about who it may be, taking into account that the twins were indictment until the premeditated nature of the crime was discovered. But to no avail. Could it be Mélisande? But how would she have done if she doesn't live in the house? Yet only she has a clear motive: to kill Lisa for Roly's sake. The problem is that there is also the real murderer whose motive is hidden until the end: in this case, it is not precisely the motive that finds out, but three fundamental clues: a modified copy of Goya's painting, in which Saturn has the features of Lisa; a copy of the Memoirs of the Marquise de Créqui, in which a story is quoted in which a painting provoked the insane fear of a girl who later died in the same way as Lisa; and the little film shot ten years earlier, which is, as absurd as it may seem, the murder weapon.

Helen McCloy elaborates a plot of extraordinary impact, in which the Déja-Vu has the value of creating tension and distracting the reader from the true trace, which, at the same time, develops, creating on it a much more subtle plot, hidden however until the last, which has its origin in another psychic phenomenon, the strength of which was evaluated in the seventies, rightly included in hypnosis. In other words, one of the reasons to signify the genius of this novel, is the locked room, which in the time in which it is, does not arise from the presence of a murderer "Vanished into Thin Air" as Carr said, but from a carefully planned plan. studied, so that the victim himself causes his death.

But in addition to this, the genius of the novel lies in having trumpeted a certain truth, instead operating exactly the opposite: it is always about time, A Question of Time, but how it is used becomes fundamental to Neroni, for nail the killer.

Neroni will earn his fame, for having taken the scene from Captain Elliott. But even more ... love.

Masterpiece not yet worthily recognized, by a brilliant writer.