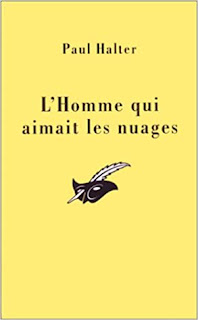 L'Homme que aimait les nuages, is Halter's 21st novel since his inception, and the 14th with Alan Twist, his most famous character. And like many others with Twist, it proposes an impossible crime.
The novel opens with the Twist / Hurst couple debating the absence of some tantalizing case, if it were not for the strange story that Twist heard the night before from a young man he knew, about the strange divination properties of a girl, who, as happened on other occasions, divined about something, and in this case, about the imminent death of an acquaintance of the young man, who is rightly worried.
The young man, a journalist, Mark Reeder, has a strange passion: he is in love with the clouds, which he follows from territory to territory. This time it happened to Pickering, where he made the acquaintance of a certain Charles Trent, who, at the Black Swan, the tavern where he is usually noticed, tells him a strange story: that of a girl, Stella, who, orphaned of mother first and then father, lives with his godmother, a violinist.
Stella has her own powers:
she has the power to make herself invisible, to disappear in front of witnesses: even the police, who had surrounded the grove where she used to shelter, to put an end to the stories of alleged disappearances, had not been able to understand how she could disappear, since in front of all the agents, she was gone: it was obvious that the agents were laughed at;
she has the power to divine, not things that happened in the past, but things that will happen: premonitions;
and finally she has the power to materialize gold coins from a pile of rocks.
It turns out that Mark knows Stella, who looks like an ethereal girl, so much that she evaporates in a breath of wind, and falls in love with her, reciprocated. And as it happens, he wants to know more about her: it is she, who with her gold coins, is the main benefactor of the village church; to Joseph Wilder, a fisherman who became friends with Mark, one day she had predicted miraculous fishing, and so it had happened. Premonitions happen in a completely unique way: in the grove, when the wind rises, the leaves of the oak tree, vibrating, transmit words to the girl, as in the sanctuary of Dordona in Greece.
The girl is still in love with the memory of her father, who died long ago, committed suicide when business started to go wrong, and had even sold the old manor house in which she lived with her daughter Stella, after the death of her mother. For a loaf of bread, his house and all his memories had been purchased by a certain Usher, a misanthropic hermit who no one in the country can bear, who lives alone and in a castle. Stella had foreseen the death of her father, predicting the day of the suicide. 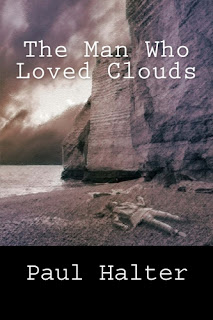 Usher is also hated by the girl. Apparently he even tried it with her.
Moreover, he maniacally keeps photos of Stella's mother, to whom it seems he was linked before the appearance of John Deverell, Stella's father.
Twist and Hurst appear on stage when the girl's death of Mark's fisherman friend is predicted. But before he dies, Charles Trent is already dead. And on the set day Joseph Wilder will die. In both cases it is said that the killer was the wind, blowing impetuously on the cliff and near the castle, and which caused the death of many even in the past of Pickering. But now it seems that the clairvoyant also had another message from beyond, announcing the Usher's death after three days. So everyone goes to find Usher to inform him and try to prevent him from dying too: first Reeder, who is not called that but Reeve and is tied to Usher's past, then Hurst and other policemen.
But on the fateful day, Usher in front of the stunned policemen, is first torn from something invisible, and then falls from the cliff.
At that point Twist, explains the mechanics of the crimes and nails the murderer, also revealing the machination of the false divination announcements and the production of gold.
It makes me say that as Paul Halter has published novels, the narrative material has become less dense, more smoky and impalpable. In a certain sense, the wind is the metaphor of Paul's literary career: as time passes, instead of the bizarre and terrorist plots, and even more ... macabre, which characterized the first novels (La mort vous invite, La Quatriéme Porte , La septième hypothèse, Le diable de Dartmoor, A 139 pas de la mort, The image trouble, Le Brouillard Rouge, Le Chambre du fou), those atmospheres have been replaced by other more fluffy, lighter, fairytale ones (Le cri de la sirène, Meurtre dans un manoir anglais, L'homme qui aimait les nuages).
The style is always that of Halter: he knows how to evoke a certain atmosphere, depending on the plot it is developed in various ways, but always in such a way as to generate in those who read, at least for a moment, the sharing in the events, however improbable they may be they can be. Unlike Carr, however, these atmospheres tend to disappear, because the stories are increasingly impalpable, with the continuation of the pages, while in Carr, in the Carr until the 1940s, the atmospheres are heavy and heavy, and remain so until at the end of the novel. Perhaps also for this reason, in the Carter Dickson with Merrivale, Carr felt the need to relieve them from their own material density, inserting irreverent jokes, if not downright specks (as in Patience for example).
Also in this novel we note two peculiar characteristics of Halter:
the first is the memory of childhood, which is a bit its trademark, even more than the locked rooms, because it recurs throughout the history of its narrative: the memory of a lost childhood, and as in the case of Stella, the father's will to create a world full of charm and magic around her, enough to make her forget her mother's death; 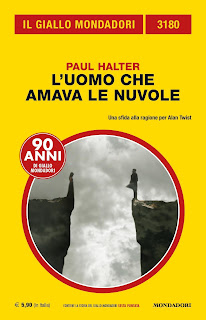 the second is the subject of which we know a certain identity at the beginning of the novel, but which is then reversed into another, the real one, kept hidden for various reasons. This is a classic Halterian characteristic, present in many novels and which also occurs here. Here, however, there is also another peculiarity, which we could define as a sort of variation of the first: the so-called "return of the heir", one of the characteristics of English Mystery: within a certain park of subjects, one can not be him, that is, the nominative he has given may not be the real one, because it would connect him to a certain situation that he wants to keep hidden, that of an inheritance that in some name he claims. This is certainly a characteristic of the "British" but not of the French Mystery: it is therefore clear that Halter inherited it from some British author whom he loved very much, namely Agatha Christie.
The impossible event, that is the action of the wind predicted well in advance and then punctually occurred, the wind seen as an active subject, gifted with intelligence and will, enough to snatch Usher from the policeman who wants to keep him, is resolved with great intelligence and quite plausibly, taking into account that Halter often, to solve absurd puzzles that he himself created, sometimes ends up climbing the mirrors and making his solutions of plausibility lose, as for example in Cri. But it is also to be kept in mind that often in Halter, in a series of murders all united by the same characteristic, one must be careful not to attribute to the base event A all the deaths B, because it could be one and the others, only a way to divert attention: also in this case, the reference is to Agatha Christie (see ABC Murders).
Good novel, even longer than usual, which can be read well, and reserves the great idea of ​​Usher which is not Usher, but ...
It is clear that Usher recalls Poe's Usher.
The discovery of the truth, conducted very well, literally leaves you speechless.

Beyond everything, with all “if”, and with all “but”, whether his novels are very spectacular or are little, that the solutions are very plausible or are not at all, Paul Halter remains the greatest living writer of enigma detective novels with impossible crime.


Definitely the greatest and most prolific French-speaking writer in his field, ever