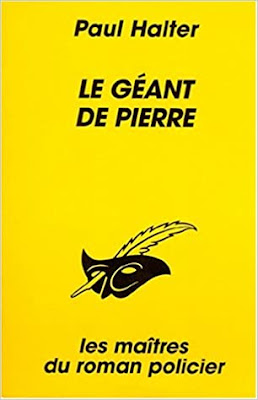 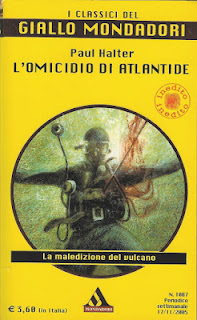 The victim? Patrick, of course, who in turn is the instigator of another death, as well as whoever condemns him to starvation, and is therefore the executioner, has also been a victim of his in the past.
And death in the past, the one from which everything originates, from a parallelism is connected to that of Scylla, in the story of Helène.
Patrick finally understands the scheming he was subjected to, only when he is in the grotto, in the company of the corpses of Guy (a few days old) and Helène (a few minutes old).
In the novel, several are the ideas that connect him to others of Paul's production:
first of all the omnipresent theme of madness, lucid madness, revenge that goes beyond normal; then, that of the victim who is in turn responsible for another death in the past: like Patrick, also other characters from other novels: the protagonist of "La Lettre qui tue", for example; then the subject victim of Fate:  who lives by the sword, dies by the sword , seems to echo in Halter.
The novel is primarily an adventure novel, which mixes the historical novel with the thriller and the mystery.
It is pleasant to read, and because of the theme, it seems to unfold like a fairy tale, telling a story that is not clear to what extent a detective novel is; then at a certain point, many events happen, the drama begins and it is understood that many small things, told innocently before, are important for understanding the story.
Those who saw David Mamet's film, "The House of Games" many years ago, will ideally link it to the plot of this fantastic novel by Paul Halter: a bad fairy tale, but a boundless wickedness, in which all the actors, they seem to say when they express themselves, things that have a double meaning. What it says e.g. the missionary priest Pierre Roussel has an extraordinary value: "Killing someone for interest, to improve their life". And turning to Helène he adds: “They are truly ignoble crimes, Miss Garnier. And sometimes the law fails to punish them ... ". These two sentences are the essence of the novel, because they reveal the key that opens the lock of the scheming. If Patrick, at the moment when Roussel affirms it, takes that truth and compares it with what has happened to him in the past, he could also consider that Roussel has probed his soul and has seen at the bottom of his heart, and that of other people, an ancient evil. Roussel himself, after Guy's death, referring to Patrick and Helène, will say he is always amazed how certain people are able to pass over the corpse of relatives and friends and despite being pleasant people, they have turned out to be despicable killers.
Roussel is therefore the voice of Fate, which nails anyone who has done an action unworthy of their responsibilities, perhaps repaying it in the same currency, in another form. Roussel is the true detective, who on the basis of his own life experience, knows how to go to the bottom of men's hearts and see the hidden evil: he before the last line of the last page of the novel has been written and the last truths have been revealed, sees and recognizes who is a murderer. In a way, Roussel is what Dieudonne is in La nuit du loup, Halter's masterpiece tale.
It also reveals Halter's traditionalist Catholic spirit, which he cannot forget as well as the death of an innocent, a newly conceived child, is still an assassination even if masked.
So basically a gorgeous novel, of Paul Halter  to the maximum of his possibilities, his imagination and his ability to invent fascinating plots and stories.