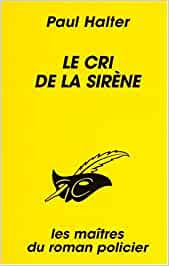 Le Cri de la sirène is a 1998 novel. As the title mentions, it talks about a mermaid, not the mermaid of course with a fish tail, but a demonic being who usually kidnaps sailors and attracts them to the bottom of the sea.
The Alan Twist that we find here is an Alan Twist of origins, so much so that someone with a lesser imagination than Paul could have entitled the novel: The first case of Alan Twist.
The novel begins in an extraordinary way: a snowy night. Two doctors conducted who assist two women in two distinct places: however the two girls who are born, of the same father but of a different mother, seem to be twins. One of them is taken to the father's home and entrusted to him by the doctor, on the same night that his wife Hela dies in childbirth. However the two girls at the age of four are separated: one will live in the environment and will bear the surname of the Cranston, the other will be the shepherd's daughter and will live among the sheep. She will be identified by the village gossips in the siren that with her tears disturbs the consciences of the locals.
Alan Twist is an occult scholar who is primarily concerned with exposing charlatans. He was called to Jason Malleson's castle, to solve his problem: there is an ectoplasm, a spirit, a ghost that is to be said that terrifies him: since he returned to the end of the war, four years earlier, first in lightly, then more and more markedly, he heard footsteps in the attic. But obviously there is nobody in the attic. Not only. There is also a so-called forbidden room, in the castle, since an event attributed to the devil occurred many years before: the old landlord had challenged the devil, and in response, a wardrobe, one of the feet of which he was so eaten but it had never given problems, in the middle of the night it overturned and fell with everything it contained, including books, from one of which came out a very compromising letter, which clearly showed her husband's betrayal of Lottie, the wife. From that moment the room had remained closed, and the only key was kept in a specific place. In recent times, Malleson had encountered light from below, and therefore feared that a demonic presence was there.
Twist, welcomed at the castle, checks the condition of the places, and above all the pink room, which, open, proves not to be dusty and full of cobwebs as you would expect, but neat and clean, and indeed fresh and fragrant, throughout and for all a room that could have hosted a guest in the canopy bed. Twist finds one thing above all: the landlord is truly frightened and prostrated by these "presences". Moreover, the castle has been a cursed place since other times: in fact, both the one who had challenged the devil and his son were the object of the attentions of the Banshee, a demonic being, who repeatedly made his presence felt in Moretonbury: she appears with a broken comb in his hands, and utters a heartbreaking scream. The legend says that whoever does not hear it is destined to die. Both old Cranston and his son hadn't heard Banshee's tears, and were dead on time.
However, these demonic presences are not the only ones that catalyze Twist's attention, but also other things. The young Scotland Yard Hurst inspector, met by chance, with whom he befriends, talks to him about another puzzling fact, which he deals with: various voices raised even on the occasion of the arrival of Malleson, tend to speculate that Lydie Cranston's husband not the real Malleson but an imposter, a fellow soldier, Patrick Degan, who killed him on the front by stealing his identity and memories and passed himself off as a husband. This is evidenced by various clues: the fact that he became a great chess player while before he was a mediocre player, the fact that he dresses carefully and above all wears beautiful ties, that he uses seduction and charm to seduce his beautiful wife, who reads obscene books, that he curls his mustache with his fingers, but also at the expense, that his dog has not recognized him. Therefore they subject Malleson, with the help of his cousin William Lucas, a traveling salesman who sells women's stockings, and of Dr. Jeremie Bell, lexicographer, a supersympathetic type who knew all the boys of the place many years before, to a series of tests, after which Malleson shows himelf to be just what they said he was: the Malleson that Jeremie had known many years before. 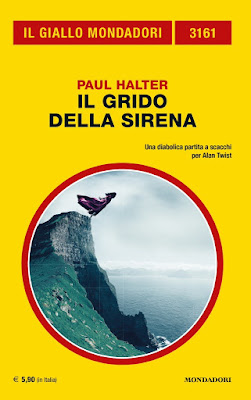