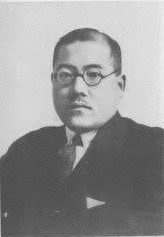 Saburo Koga is an unknown name in the West.
Some might argue that several Japanese authors are, and that in general, before their works began to translate into the West, even the most famous authors, such as Keigo Higashino, Shimada Soji and Yokomizo Seishi, were also their own. Very true! However, it is undeniable that some authors are more so than others. And Saburo Koga is one of them.
His real name was Haruta Yoshitame (1893–1945). He was a contemporary of the other great Japanese writer known as Edogawa Rampo (pseudonym created by looking at Edgar Allan poe) whose real name was Taro Hirai, who published his first great novel in 1923: "The Two-Sen Copper Coin". Starting with Rampo, Koga Saburo also began writing stories, including the one presented here, very popular in Japan.
However, the main merit for which Koga Saburo is still remembered, however, is the coining of the term Honkaku, that is Orthodox, to indicate the stories of Japanese Golden Age, in the same year that Berkeley founded the Detection Club in London. And not surprisingly, the Honkaku Mystery Writers of Japan on the London one was shaped in 1970 and continues to exist and produce narrative.
"The Spider" dates back to 1930, and is not a normal "whodunit", but rather a pleasant fusion of elements of macabre fiction and the classic investigative puzzle. The translation presented here was undertaken by Ho-Ling Wong and edited by John Pugmire.


Professor Tsujikawa is a famous scientist of physical chemistry, admired by everyone for his science. His decision to leave the university chair to devote himself to research on spiders has therefore caused a stir and bewilderment. To do this, a bizarre laboratory was built that stood on a pillar at a height of nine meters: it has the shape of a cylinder about 4.5 meters wide and 2.7 meters high and a ceiling round, and the windows, all of the same size, are spaced at regular intervals. 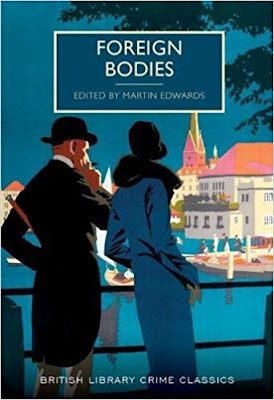 Then he looked for a lot of spiders of all species, even poisonous ones, and sealed them in many containers and studied them.
About six months have passed and the world has forgotten about its Professor Tsujikawa and his strange laboratory; but the death of a friend of the professor, Professor Shiomi, seems to reawaken the interest of the media.
The narrator of the story is the one who was present that day: he is a student of zoology, well versed in the study and classification of arthropods. It is therefore normal for Professor Tsujikawa to have used him for clarifications; he, however, was also very curious about the reasons why the scientist had decided to study spiders by abandoning his successful branch, and I had asked him, but without getting results.
It was said that both Professor Shiomi and Professor Tsujikawa were on bad terms, due to continuous gossip and even caustic jokes proffered by Shiomi, but when the narrator who is assistant of the zoology laboratory goes to Professor Tsujikawa's laboratory, from tone of comments and jokes, and the tone of colloquialism of the two, he understands that it's all a bouchade: as soon as he opens the door, he finds himself in front of Professor Tsujikawa sitting at the desk in front of the door, while Shiomi is also sitting in front of him , with his back to the door. 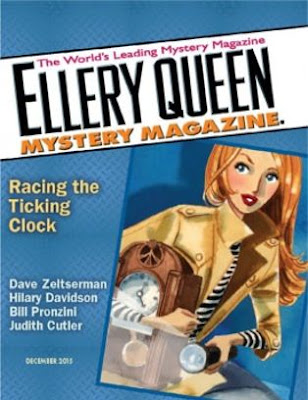 An interview is established among the three, although at some point he and Shiomi are conversing, while Professor Tsujikawa begins to chat. Shortly afterwards the tragedy takes place: a trapdoor spider, which could be confused by the colors with a poisonous spider approaches Shiomi's shoes and then he is very scared leaps towards the door to go out, but slips on the small landing and falls along the steep concrete staircase, dying.
The young man would like to help him, but Professor Tsujikawa, although distraught because of his success, stops him on the fly, warning the young man that the steep stairway could, in the excitement of the moment, cause another accident: better to stop a little and let the heat cool off. So .. Sami is dead.
The news of the death, brings the laboratory back to the center of attention with the consequent police investigation and general curiosity: but the investigation can only ascertain the extraneousness in any way of Professor Tsujikawa, especially since an eyewitness testifies absolutely. So accident.
Time passes, and the professor is increasingly busy in his studies on spiders. One day something happens that brings the laboratory back to the general attention: the Professor is bitten by a poisonous spider, and after an uncertain hospital course ...
The laboratory remains with its spiders.
The professor's family, even for reasons of public safety, accepts the proposal of the young man to take care of them, especially since some containers that are not well closed have allowed the release of their guests who have built cobwebs on the ceiling. The young man thus finds spiders of the most varied species: I had visited the place several times when the professor was alive, and I was also a student of zoology, especially arthropods, so I should have been quite used to the sight; nevertheless it still gave me the shivers and I was rooted for a moment to the spot. Inside hundreds of bottles lining the walls, eight-legged monsters were running around and spinning their webs. Big Oni-gumo and Jorō spiders, yellow with blue stripes; Harvestmen with legs ten times longer than their bodies; Cellar spiders with yellow spots on their backs. The grotesque Kimura spider and trapdoor spiders, Ji-gumo, Ha-gumo, Hirata-gumo, Kogane-gumo: all these different kinds of spider had not been fed for about a month and, having lost most of their flesh, were looking around with shiny, hungry eyes for food. Some jars had not been properly sealed, and the escaped spiders had spun their webs on the ceiling and in the corners of the room. Countless numbers of the ghastly creatures were crawling around on the walls and ceiling.


However, no poisonous spider has escaped. So what the Professor had pointed out must have died. However, looking for it, the young man makes a strange discovery: behind the desk, on one of the rear legs of the furniture, he finds a switch. Except that it is switched on, the lights are not turned off, nor are others switched on. Minutes pass, I don't know how many cigarettes, and meanwhile he remembers that pleasant discussion ended in the drama. He decides to leave, opens the door (which opens inwards) and barely has time to cling to the door frame, to avoid him falling down and ending up like Shiomi: someone has taken off the staircase, which there is no more.
He will manage to come out of it and figure out who or what could have killed him just as he had killed Shiomi, after he found a little book in which the murderer conceived his crime plan.
And the killer? In the meantime he too will be dead.
A small masterpiece of the impossible crime, the story of Koga Saburo betrays its origin: the crime of the chamber that kills. And therefore essentially Phillpotts. But the trick is really original: I didn't mention a detail so as not to take away the pleasure from the reader to imagine it. And to think that we were in 1930: the Japanese really have a boundless fantasy!
There are two stories that recall this, but they are both beyond 1930: The Door to Doom, 1935 by Carr, and Murder in Room 913, 1937 by Woolrich.


Saburo (in the premeditation of the crime, written in a book that the storyteller then discovers) alludes to a story from which he would draw inspiration, and which instead develops on various floors of a building, a solution that remembers and anticipates much Carr, Sladek and Innes; a story that if really existed, it should have been before 1930 and absolutely unknown. Previous to Carr, which deals with two absolutely identical environments, is Leblanc's novel that was probably the basis of Ellery Queen and Carr: La Demeure mystérieuse, 1928. But we always talk about two identical but distant environments, not something that is located in the same building. Unless he has invented everything (and then he would be the first to think of such a solution), or he took from a story written by another Japanese, and then ...
However strangely I know that both Carr and Saburo in their two stories, as well as inventing a simply perfect solution of Impossible Crime, introduce supernatural elements: even in the Japanese story, in fact there is a ghost, which in our case is Shiomi's , who took control of a spider.
In the construction of this impossible crime, the chairs have a particular importance: because if Shiomi had been turned to the door, surely he would not have died. He dies, standing back to the door, and then to the windows, because he has not noticed that ... the staircase is no longer there but elsewhere. How is it possible?
It is only possible if we think of a possibility that is a bit opposite to what any of us would think: that is the answer to the impossible shifting and repositioning of a reinforced concrete staircase.