Norizuki Rintaro : Midori no Tobira wa Kiken ("The Lure of The Green Door", in The Realm of Impossible, by John Pugmire and Brian Skupin) - trad. Ho-Ling Wong, 2017

Norizuki Rintaro is the president of the Honkaku Mystery Writers Club of Japan, the counterpart of the English Detection Club.
He was born on October 15, 1964 in Matsue.
He made his debut in 1988 with the novel Mippei Kyoshitsu (The Locked Classroom: no published in US or Europe) and wrote 8 novels with his eponymous character Rintaro Norizuki. In 2005 he received the Honkaku Mystery Award (category: fiction) for his novel Namakubi ni Kiite Miro (The Gorgon's Look: no published in US or Europe).
The Lure of the Green Door (1991) was published in EQMM in November 2014 and was the second story to be published in the West. In fact An Urban Legend Puzzle of 2001 was the first (and won the Mystery Writers of Japan Award for the best short story in 2002) to be published in Ellery Queen's Mystery Magazine in January 2004. 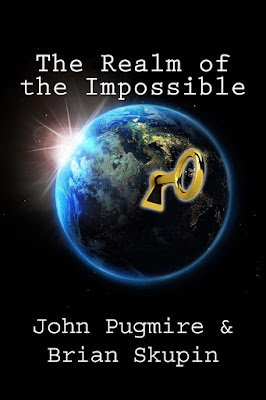 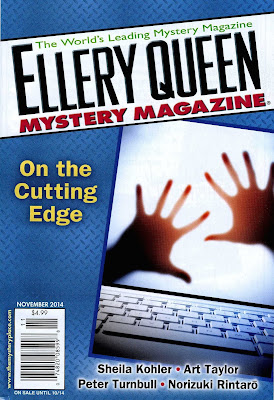 All in relation to a locked room whose solution is perfectly logical as well as being a miracle of simplicity and originality: one of the best stories published in the West in recent years.
By now we must admit the great originality and the delirious imagination of many Japanese authors: it was they and Paul Halter above all, to raise the number of impossible crimes, with very appreciable results.
Analyzing the story, I find similarities between the story by Norizuki Rintaro and one by Shimada, The Locked House of Pithagoras : both are houses in which the solution is based on an assumption there of mathematics, here of physics. Norizuki's solution is perfectly plausible, wonderful in its simplicity but also absolutely visionary. Doug Greene could even without reading the story understand perhaps the trick, based on the knowledge of the problems that had the house of Derek Smith, in which many books were piled up.
In our case we do not have a whodunnit, but a howdunnit: it is evident that the only subject opposed to Norizuki's investigative action, namely Sugita, if she is not a murderer, is certainly the murderer's accomplice. But if we know from the first pages who the murderer is, we don't know how he/she could have staged the false scene of suicide. We will understand this in the end, after Norizuki has talked about a certain effect of physics. The solution explains both the message of "The Dying Message" and the wife's opposition to the donation of books. But for it to be well understood, it is necessary to read the story very carefully, focusing on the structure of the house and on the dimensions of both the library and the study. If one does not read well, one can incur the mistake that I had made, a few months ago when, having not read well, pondering the situation, the story, I had expressed a doubt that it was not sensible.
Norizuki explains everything. The reader has all the clues in hand to get to the solution together or before Norizuki, but of course it won't be.
I have to say that there could also be a "Challenge to Reader", as in Ellery Queen, but hidden, or rather implicit, like the one existing for example in "The Siamese Twin Mystery", when Norizuki says:

But there is no other way around it. Locked-room murders like you
read about in novels don‘t lie around every corner you know. I am not
trying to defend her, but the police consider her innocent of any crime
and I don‘t think she has been lying about that either. Just admit it
was just a suicide. It‘s just physically impossible to escape from that
room.‖
―Physically impossible....‖
As Rintarō repeated those words, Honami shrugged. She stared at
Rintarō as if he had gone mad and asked in hesitation: ―Don‘t tell me
you read some book in that library and got some strange idea in your
head?‖
Rintarō Norizuki

―Strange idea?‖
Honami said almost boastfully: ―You know, like the green door is
the entrance to a parallel world and the criminal fled there, or there is
a dimensional gap in that room because of some gravitational force.‖
Rintarō laughed and winked at her.‖
―You are very close actually.‖

it is as if he challenged the reader .
The fact that the two doors have different hinges also has its importance: the new hinges of the first allow it to open. If it had rusted hinges, could it have been opened? But this does not explain the solution, if anything it is another stake on which it rests.
Everything is absolutely as it is described.