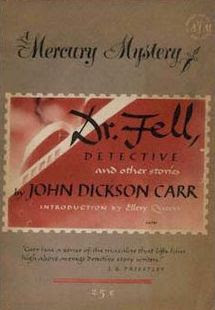 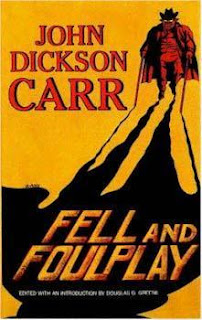 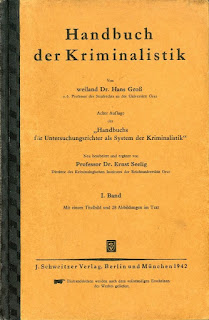 And as the bat may have wanted to represent the Duke of Windsor, The Owl, it may have been chosen to indicate a politician with bushy eyebrows, eg. Sir Neville Chamberlain; the mole, finally, which could indicate a spy, may have wanted to indicate several people: from Lord Halifax, to other characters: for ex. Oswald Mosley; Harold Sidney Harmsworth also known as Lord Rothermere; Unity Mitford, one of the daughters of the 2nd Baron of Redesdale. And maybe Carr, he wanted to refer to the latter. Unity was beautiful, blonde, blue eyes. She looks like Harriet Meyer. And like Meyer, she was an Englishwoman voted for the Nazi cause (to be Hitler's friend). So a traitor, a spy, a mole.
How is it likely that the expression "It has happened before" in my opinion refers to the events of the years 1936 - 1938 (the Duke of Windsor former King Edward VIII, that common opinion says he resigned to marry Wallis Simpson, according to many instead was forced to abdicate for his bulky neo-Nazi friendships).
The third of the three proverbs, pronounced by Gideon Fell in the last two lines of the story, is: "Have not I heard somewhere who lives in glass houses? which then means "I have not heard somewhere that those who live in glass houses should not throw rocks", that is "you never heard that those who live in glass houses should never throw rocks", which then means "should not say to another who has a straw in the eye, who has a beam.
This proverb refers directly to the murderer: it indicates it not only in an allusive way, through the proverb, but direct: in fact in the course of the story, the murderer, who is clear who he is, deliberately broke the glass of a window.
As it is clear from all that has been said that the murderer is the wife of the scientist, Harriet Meyer, English but also Nazi spy. One can also understand in the light of this a cryptic passage in history: when Colonel Penderel is accused by Ballard of having publicly threatened to kill Meyer, he replies that it occurred because he at a party at Penderel's house had asserted that the British did not have, taste, education. ways, scientific knowledge.
"I did not like his manners. He browbeat the tradespeople and threw his weight about wherever he went. He was supposed to have out of Germany penniless, but he had everything he wanted. At a party party here on Tuesday - when my wife was trying to reconcile him - he said calmly that the English had no taste, no education, no manners, and no knowledge of science”
Why would Meyer want to say this?
In my opinion, the possibilities are two: either Leonard Meyer is the spy and this would explain why Penderel notes that despite having escaped from Germany in great difficulty, it seems that he does not miss anything, in other words that he is a false political refugee: and then his murder could also be explained by a falling in love with his wife with Kuhn (the revival of the old triangle: the young wife kills her husband to have a younger one), but does not explain why a spy acting in the shadows would do anything to get out discovered; or Leonard Meyer is a true refugee, used as a screen to cover his wife, the real spy, and then his words against Penderel could hide an outburst against the Colonel who has German friends (Nazis). This second possibility, which is the most plausible, would put the whole story of Carr into perspective, which could be a metaphor of the England of his time, in which alongside honest patriots, he conspired people who would have preferred England to be was bombed and asked the German armistice, rather than find the Americans in Europe and in which there was a large part of the ruling class that was friendly, invited Nazis (as Penderel inviting Kuhn) and was invited by the Nazis, by heir to the throne of England to a large part of the aristocracy (related to the German aristocracy). This part of the nation is the real cancer (Harriet Meyer), because it acts in the shadow for purposes contrary to the state, more than those, despite being an enemy (Kuhn), but loyally acts in the light of the sun (and therefore can be fought face open).
A magnificent story.
Posted by Pietro De Palma at 23:27