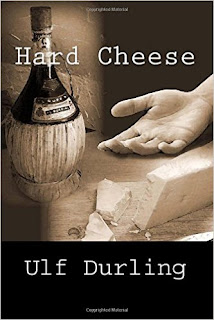 Ulf Durling is a name that very few people , I suspect, will know . He already deserved a mention in the appendix of the famous Mystères à huis clos by Roland Lacourbe, with its french title: Pour un bout de fromage [1].
The reason is clear: in that list , the best Locked Rooms were designed in the opinion of a pool of experts. And Gammal ost has a very nice Locked Room : no doubt about it ![2] 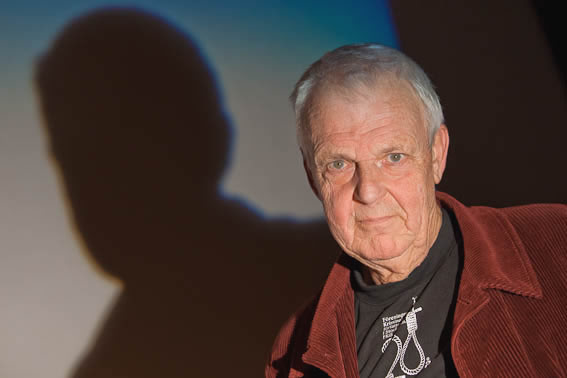 Ulf Durling is a Swedish writer, born in 1940 in Stockholm and became then, after graduation and specialization, a famous psychiatrist. In 1971 he tried to start their own com Gammal Ost which was a great success, so much to convince others to write . It 's still alive.


The plot takes place in a Swedish pensioner, where they live: the retired printer, founder of the Club of Mystery, Johann Lundgren; Carl Bergmann, bookseller retired, he also a founding member, and a physician, Dr. Nylander, belonging to the club of mystery; Alex Nilsson; the traveling salesman Johanson; the two teachers, Miss Hurting - Olofson and Mrs. Soderstrom; Marshal of the army Renqvist .
One of the guests of the pension, Alex Nilsson, 52, already abiding by a few weeks in retirement, is found dead in his room, locked from the inside: lies " fully clothed, next to the bed, as if he were beating the wounded head against the back ... blood on his face and the front of the shirt. On the table .. a bottle of wine and the wine upside down .. spilled on the floor ... and even on the face and shirt Nilsson ". In addition, it is found in the trash a piece of cheese ; and on the bedside table , a very powerful diuretic , the Diclorotride -K. There is also a towel stained with red ( wine only ? ) .

But has anyone heard a commotion in the room the night before , as if there had been a quarrel and then there was a second person , because even appears the request of a patch, by the victim to Mr Blom, the owner of the pension: yet there is no injury , even very small body of Nilsson.
Ephraim Nylander assumed that the quarrel ended in tragedy , and that the murderer didn’t of what it had happened : in essence, the death would have occurred at a later time , and then the same victim would have been to turn off the radio, remained on during most of the night, to close the door and then to remain, and  then to succumb for a stroke previously reported; Johann Lundgren instead ties to Alex Nilsson to his brother, the mysterious visitor Edvin Nilsson , who would be responsible for a fatal poisoning by methanol (a little ' what happened in Italy many years ago), and would be back by a mysterious inheritance. Edvin Nilsson would have been the guest of his brother in his room at the pension house, without anyone knowing, and to do so they would come up with a trick , that Alex would pretend to be lame because his brother was, and in this way they would be were traded for one another, and there would be no problems. The two would have had a row and Edvin would kill the other brother . Finally Carl offers his theory : the radio “on” during the night, would mean the manner with which Nilsson would fall asleep because of the wine drunk , because he would have an appointment with his murderer who is supposed to be the husband of the daughter:  i.e. Edvin Nilsson would  blackmail

Edvin his daughter and her husband. In practice, according to this latest reconstruction, there would have been two visits : the first of a random buddy of Nilsson , with whom he would eat cheese and drink wine, and during which the visitor is injured so much as Nilsson ask s Blom  a patch ; then this goes away and here occurs the second visit, during which the second visitor kills Nilsson and then, after killing him with a blunt object , jump out of the window , using a mattress of blankets taken ​​from the pension , which then he sneaks back in across a secondary port.
The second part of the novel instead supports the theory of Gunnar Bergmann , son of Carl , and police officer (Deputy Commissioner ) , according to which the death was due to natural causes : a cerebral hemorrhage not caused by the blow, but that would have caused the heel to the base of the blow.
The third section is one in which one of the three fans , Dr. Nylander , revises his previous theory integrating it with all the new learned: he remodulates it. Nilsson would have had before his return to Sweden from America , a stroke or a cerebral hemorrhage, which would have caused a emiparalisi: from it,  the lame movement lame . In addition, he would suffer for high blood pressure. Just to his state of health would be connected the medicine found on the bedside table, a very powerful diuretic , the Diclorotride -K. How could a patient very diligent in taking the medication, die for a brain hemorrhage? For a piece of hard cheese and another medicine completely harmless .
Ephraim Nylander finds the murderer , who had to protect someone, for which the Nilsson return would have been a damage. A simple murder but equally highly ingenious.
In essence, at the novel by Durling , the 3 major hypotheses head to three different sections of the novel, of course, that frame the same truths , according to three perspectives and three different views.
The novel is an excuse to compare 3 different ways of seeing things. In essence Ulf Durling develops, to the extreme, the confrontation / clash that it’s at Case for Three Detectives by Leo Bruce , where the three detectives are caricatures of Poirot, Lord Peter Wimsey and  Father Brown. Moreover it must be remembered that already at the The Poisoned Chocolates Case by Anthony Berkeley, different exposures of the same background , performed by different characters, led to the identification of several hypotheses with many different makers .

It 's the case yet to report , as the same procedure was adopted in The Five Fragments by George Dyers , another extraordinary novel very little known ; the same fact , that seen from the perspective of five different witnesses, different angles and reveals the truth.
A few years ago, in 2008, he was released a thriller, Vantage Point, directed by Pete Travis, where to get to the truth would be taken into consideration eight different angles of the same truth, narrated by eight different characters. 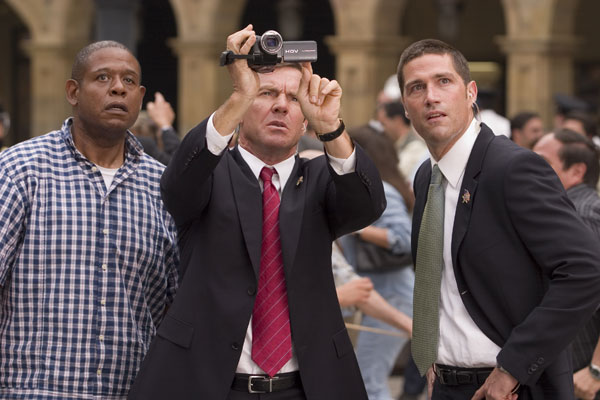 Moreover, the movie probably in turn, took its inspiration from the famous Kurosawa film “Rashomon”, in which a crime story is told differently by different characters.
In fact, I would almost think that since space in the novel are many references to the authors of the Mystery , which the novel is a tribute ( Bentley, Sayers , Carr, Allingham , Christie , Millar , Brand, Milne , etc. .. ) , and even a reference to the Conference of Dr. Fell in The Hollow Man by John Dickson Carr, could very well be that happened rather than taking such Case for Three Detectives  by Leo Bruce , he had taken as his inspiration , just The Five Fragments by George Dyers : could be valid both the first and the second hypothesis . In fact, if the three sections of the book underlying to three different formulations of the hypothesis accusatory , it is also true that for the first formulation (the one that provides the Locked Room ) you get three different sub- hypotheses , which, along with the second and third , they would become five.

As part of the divertissement , which is what is ultimately , the novel is , moreover , written in the form of parody . It is not a unique case , because at least in very close to us , other authors have tried to bring their brick building of the palace of Mystery, writing novels in which the protagonists are amateur detectives who take the moves from other : so John Sladek , so Isaac Asimov, so Peter Lovesey , so ... Ulf Durling .
The Locked Room  is explained only in the first three hypotheses of the first part , because they belong to the idea of ​​murder that includes the direct presence of the murderer with the victim, while in the second , there is not mention of murder because it is a natural death, while at the third par, the death by Nilsson designed with a murder in a few moments before it happens, assumes that the murderer is not  in the room when Alex dies .
All at a very interesting novel , whose solution is already present in the first part , only that it is not probed properly, and that the final solution is made in front of the reader’s amazement,  distracted by something else, not having a way to digest what he reads .

[1] http://mysteryfile.com/Locked_Rooms/Library.html  .
[2] Some time ago, after reading my review, John Pugmire was convinced to translate and publish it because of its small publishing house. The translation was prepared from the edition at the Swedish original, this proving to be a valuable fund of seriousness, and not from translations already made in French and in Italian, even translating John usually from the French. Because is better to always refer to the original edition and not translate taking as a basis a translation into other languages, since the misinterpretation of one (or not quite complete translation), it would become in practice a recovery translation from others.
Now the translation from Swedish is output in the US under the title Hard Cheese, published by the International Locked Room by John Pugmire.
Posted by Pietro De Palma at 11:43