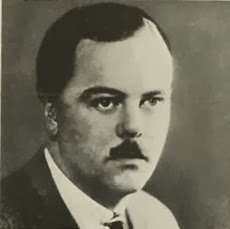 At which novels by McGerr and by Berkeley would be so similar than they can be compared?
In the fact that the Inspector Moresby, mindful that Roger Sherringham ( of which he has already served as external in police investigations before that told in The Murder in the Basement), was at Roland House in the past, challenges him and plays to hide and seek with him: he doesn’t immediately reveal the name of the victim, but challenges Sherringham to find out, basing on what he remembers about the environment, and especially upon a brief, a cloth that Roger wrote the summer before wanting to use for a first novel, but that was dropped. This story, which is included in the novel, of which the reader is made aware, becomes the basis of the psychological reasoning by Sherringham. That comes to identifying the victim, later confirmed all from Moresby.
We have two sources that is so similar and with overlapping features so that they can not be classified as two isolated cases: both novels are based on the memories of a person who is not involved in the case as suspected but at the same time knows the environment so as to extrapolate the psychological characteristics more meaningful; In both novels, the type that shows the general psychological framework and the stakeholders,  in first place does not know the identity of the victim; in both cases, the identification of the identity of the victim, takes place during a challenge, of a bet; in both cases, the identity of the suppository victim is compared with those who are perfectly aware (Sheila in the first case, in the second Moresby); in both cases there are personal reminiscences that includes all the characters involved; in both novels the victim performs the same tasks; in both novels the murderer has the same management positions, despite the diversity of the workplace (a trading company and a school); in both cases the motive of the murder is the blackmail, of which the killer is the victim from the same victim.

The only two major differences are expressed in the fact that the story is based about the identification of the victim in the first is the soul of the plot while in the novel  by Berkeley is just an aside, that might not have any use for Moresby already he knows the identity of the victim but that gives to Roger the power once again to assert his qualities about psychological insight; and that while in the novel by McGerr the entire novel is based only on the identification of the victim, as you already know the name of the killer, in the novel by Berkeley, both are analyzed and are discovered by Sherringham: victim and murderer. Because based on that story, we outline the clues to get to the final solution.
It would a finding that is even more shocking: Patricia McGerr would not only be liable towards  Berkeley of inversion between victim and murderer at  Pick Your Victim, but also the subsequent The Seven Deadly Sisters presenting another variation - the discovery of the victim and murderer – would be not at all original, as this changeof the Whodunnit, is already the soul of the novel by Berkeley, in which Sherringham during a bet with Moresby, finds who  is the victim, but even then, at the end of the novel, the murderer.


It would be interesting to see when the novel by Berkeley was first translated and published in America: in the same year of the first English edition in 1932, Doubleday Crime Club of New York, signed the first US edition of the novel by Berkeley. At this point it would be interesting to investigate about the influence that this novel by Berkeley may have had on the novel by Patricia McGerr, as long as it felt, however, that she liked the English detective novels.
What could have happened if the two authors have formulated two stories so overlapping each other? A case similar to that by Hilary St George Saunders, who took as his model for The Sleeping Bacchus, the famous Locked Room by Pierre Boileau, Le Repos de Bacchus? Only that in that case the citation was obvious and deliberate: in fact the British author asked the French, for permission to adapt his novel on the other's. In the case by Patricia McGerr , instead, this situation does not exist. Pat McGerr claimed his genius in these words:


“From my reading I knew that a classic mystery included a murderer, a victim, and several suspects. So I began by assembling the cast of characters. But when I began to assign roles, it was obvious that only one of them could commit murder, whereas any of the other ten might be his victim. So, reversing the formula, I named the murderer on page one and centred the mystery around the identity of the victim.”


And therefore she did not mention in anything the original model from Berkeley.
Why Berkeley, and this is the thing that intrigues me, would not have claimed responsibility for the genius novel  from himself  invented well before that Patricia McGerr wrote? Is it possible that he was so uninterested of the world of crime to refuse even to stake claim on something of which another writer declared  herself parent?
Although as I have shown, however, the comparison between the two novels leads to an almost perfect overlap between the two models, Patricia McGerr may have found new life and inspiration to write and publish his novel after reading one by Ellery Queen (as supposed a few days ago Mauro Boncompagni, in the debate that emerged after the publication of the long article, from which I took these three parts:  http://blog.librimondadori.it/blogs/ilgiallomondadori/2014/11/12/patricia-mcgerr-vs-anthony-berkeley-storia-di-un-modello-non-riconosciuto/  ).  In fact, at The Chinese Orange Mystery, 1934 "the mystery to discover the identity of the victim is almost important than  finding out the identity of killer" . So there is another source from which Patricia McGerr may have been inspired not only for Pick Your Victim, but also for The Seven Deadly Sisters.
A friend of mine, always during the debate on the Italian site, mentioned how the subject had been yet mentioned by Martin Edwards in his blog. A few days ago I read the article published by Martin about a year ago: in fact he had noticed the resemblance between the two novels (Martin is an expert about Berkeley), but he did not compare the two novels.


Even today I do not understand how the two novels can be so similar, in particular the story by Berkeley used as the basis for that by Patricia McGerr, and how did the American writer to claim his genius, without recognizing the paternity of the invention by Berkeley . Possible that another person, who had read the novel by Berkeley, had informed her allowing her to baste a captivating story? I do not know. Certainly, the literary criticism of the detective genre could have another mystery to solve