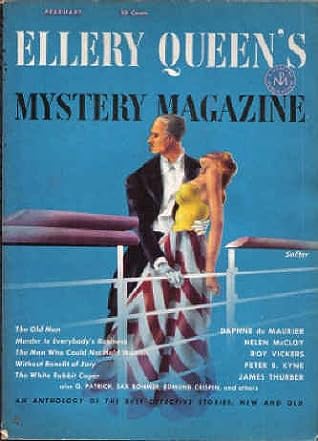 Before talking about this unsuspected story, and I would also say extraordinary story, a real surprise, I would like to spend a few words to name its author, who was not known at all for literary activity, but for another one, related only to logic: the passion for chess.

W. Heidenfeld, was born in Berlin in 1911, from a Jewish family. In the 1930s he emigrated to South Africa and won the national chess championship eight times there.

In 1957 he moved to Ireland, after visiting it in 1955, and there he applied for citizenship. He participated in a European championship and numerous Olympics, representing Ireland. He never accepted the title of International Master, despite having beaten world chess champions a few times. He did more activities than a chess player: he was a journalist, and also a writer of specialized texts for the game of chess. He also developed and wrote books on crosswords. However, very few know that he also wrote short stories: 4 to be exact (also published on EQMM), including a Sherlockian pastiche.

Among the 4 stories, one deserves to be transferred. Roland Lacourbe did it in one of his anthology, dedicated to Crimes in Closed Rooms, and now we talk about it.

The one in question is originally called The Unpleasantness at the Stooges Club and is from 1954. It is what can be defined as a parody of the genre, as well as being a writing in which the Jewish writer for once makes evil die on paper for antonomasia, for every Jew like him, and who therefore also possesses a biting spirit. The title is in turn a reference to a 1928 novel by Dorothy Sayers, The Unpleasantness at the Bellona Club.

In essence, in this novel, not one but numerous literary investigators act, who have always had the part of "seconds", of helpers, who have often unwittingly helped the most famous investigators of whom they have been the shoulder: thus we find Dr. Watson, as well as “the narrator of the deeds of the knight Auguste Dupin who is anonymous in the stories of Edgar Poe”, the captain Hastings shoulder to Poirot and the inspector Parker always surpassed by Lord Peter Wimsey in the novels of Dorothy L. Sayers; we also meet Nikki Porter, Ellery Queen's secretary and confidant (especially in radio dramas) and Mr. Ricardo who is the assistant of Inspector Gabriel Hanaud of the Sûreté.

Why exactly "The Seconds"? Because the best known investigators, whose "second" are the shoulder, are all traveling to India, on a ship that carries only them, called "Investigation" for a congress that will bring them together. Here, then, that, lacking the most named, it will be their second, to try to solve a crime, which occurred in one of the country estates of the "Shining Seconds Club".

It was cap. Hastings who, walking in this estate, found a cottage and here, from a window, peering inside, saw that in one of the rooms, lay the body of a completely naked man, with a gunshot wound on his chest, a man with yellowish skin, a curious little mustache and a fringe of hair falling over one eye. Why had the mysterious murderer managed to leave the corpse of a man, killed elsewhere, because there was not the slightest trace of blood in the room and on the floor, as well as missing the bullet, which penetrated to the heart and came out of the back , in a room hermetically closed from the inside by latches and various locks, and whose windows were locked with bars and grates?

All major seconds move, and everyone has their say. All the more so since the murder seems to be a challenge: in fact the room, which is a study, has the walls covered with mystery books, and many of these deal with the enigma of the Locked Room, in a room in which it was carried out. once a crime from a locked room. Beyond the locks and bars that close the door and the windows, even the fireplace in which someone has previously lit a fire, is in turn a literary reference, because it alludes to the famous fireplace of The Murders in the Rue Morgue by E.A. Poe in which Dupin operates for the first time. However, in this case, a fire was lit in the fireplace, and no one knows why, just to make it clear that the smoke came out of the chimney. But that nothing else could have come out of it, even if it were a dwarf, given the smallness of the flue.

So how did the killer come out?

At that point, Inspector Parker, cites the famous Locked-Room Lecture by Doctor Fell of Carr, enunciating all the possible methods that the murderer could have followed to carry out his crime, just to get to the point of eliminating them all. . And since no one manages to reach the slightest result, the case closes without a possible solution and over time is forgotten.

Only years later does a letter to Doctor Watson arrive by a boy, in which the killer reveals how he managed to kill: first of all he reveals the identity of the man, completely naked and hairless, with only one gunshot wound. He is the German dictator Adolf Hitler, who escaped from the Reichsbunker and entered England illegally. He tried to make him an ally, but since the aims of that one were not his own, so he preferred to eliminate him in a more civilized manner than the other had done during his existence: he simply knocked him down. And why did he hide it in a room closed from the inside? To mock the "illustrious idiots" (among whom obviously Watson also inserts) who, trying to solve the problem in the manner of their most illustrious traveling "friends", have neglected to consider the most obvious trick.

Obviously I will not tell you who ever tried to befriend Hitler and then kill him, nor how he managed to get out of the room hermetically closed by numerous latches and whose windows were impenetrable. 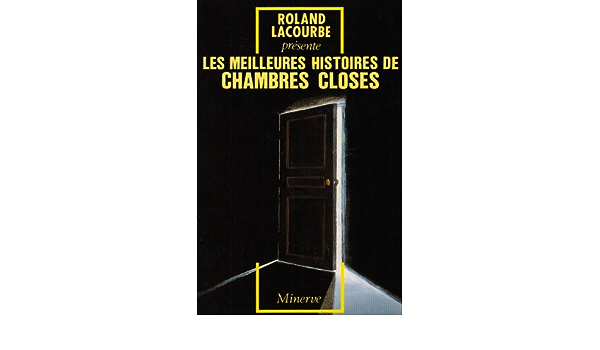 He will only say that the story is a true beauty. Not only for the parody, which nevertheless reveals the writer's love for the genre, but also certain precognitions not just: imagining that the Führer may have fled to England - like H. Hesse - when the story was being shot that he was murdered in Bunker (still running, but at the same time there have been several investigations, including an American one that investigated the escape of many Nazi bigwigs to Argentina, Paraguay and Chile at the end of the war and in the early 1950s), reveals a remarkable fantasy and even having him killed in a locked room from the inside, is certainly a challenge to the intellect, but it also reveals a kind of personal revenge, of a Jew who at least ideally takes a kind of personal revenge, by having evil killed for antonomasia for every Jew, leaving him completely naked and removing his mustache. However, the basic question remains: how did the murderer get out? In this, Heidenfield has invented a ploy to the limit and certainly almost fantastic, but which is beyond Carr's Locked-Room Lecture, and he did so also anticipating a novel (of July 1965) whose solution is certainly taken from his story, especially since it was published on EQMM in February 1953: the novel of 60s is "A Room To Die In". And if that novel, being a Queenian apocryphal, is not known to everyone, let's imagine if this story can be known, which is only present in Lacourbe's anthology, Les meilleures histoires de chambres closes.

Moreover, beyond the realization of the locked room, which should be applicable at any time, while here one can only think that it was made not by a man but by an organization as more people should have been engaged to make the trick, the story, which wants to be a joke, succeeds in its intent, delivering a stratagem that is also in a certain sense a mockery, to a parody and Sherlockian pastiche tale, which is in turn a mockery. But very well written, and it deserved publication on an EQMM.