Here's a group of vintage covers of novels from my own collection.


A few notes to better understand the proposed titles


The number in Roman numerals appearing sometimes in Italian editions, before the date of publication, is about the year of the Fascist Era.
I Libri Gialli Mondadori with jacket, are quite rare in Italy.
The Books Salani, had no jacket, but the covers had very beautiful illustrations and they have a fair value in the collectors's market.
The "I Grandi Gialli Pagotto" (The Great Yellows Pagotto) is another great series of very rare crime novels (mysteries) in Italy. The publication of these books began in 1948 and finished at the beginning of fifties. Almost totally they proposed french mystery novels (Steeman, Boileau, Very, Decrest, etc.. with a rare example of anglo-saxon mystery novel: Dance for a Dead Uncle by Charles Ashton (1948).
The books of Editions Gallimard, France, are quite rare. Among the rarest and most expensive in the collectors' market of the novels of  '30, are the novels by Letailleur and Vindry. 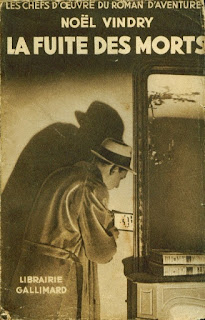 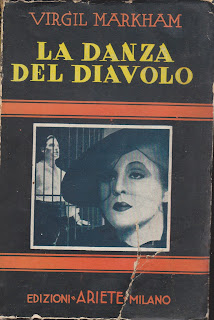 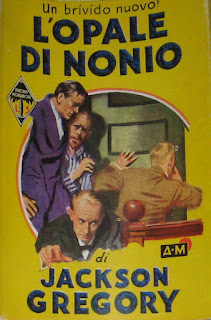 The Crime Novels in Italy are told "Gialli" (Yellow Books), by the colour yellow of the Jacket of book. The first books with yellow jacket were "I Libri Gialli Mondadori", the oldest collection of mystery books (from 1929) after Editions Le Masque (in France, instead they began to publish novels from 1928) in Europe.
In "I Libri Gialli Mondadori"  were published two mysteries by Jackson Gregory, american writer of  western and detective novels.
L'Opale di Nonio ( “The house of the opal” aka “The first case of Mr Paul Savyo”) wat the first to be published ( n 129/1935), followed by La vittima sconosciuta (“The second case of Mr Paul Savoy”; n. 142/1936). 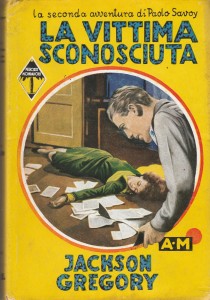 Between the two books, the masterpiece is L'Opale di Nonio.
Very rare books.