Soji Shimada : Locked House of Pythagoras (P no Misshitsu, 2011) – Translation: Yuko Shimada/John Pugmire - in "Ellery Queen Mystery Magazine August 2013" and in "The Realm of the Impossible"


It is recommended read this analysis, after reading the short story in question, because many of the plot details are revealed 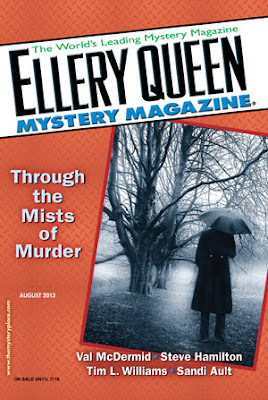 Eriko has taking away from the classroom of his school, a series of unnecessary things such as posters. He meets another boy who is the son of Tomitaru Tsuchida, a famous painter who has been entrusted with the task of selecting a series of works made by elementary and middle school students, and who was the victim of a cruel murder a few days earlier, together to his lover Kyoko Amagi. Eriko is surprised a bit 'for the request of a sheet of tissue paper to use to create a headdress, but not too much then, since the boy and his mother were poor because the father did not pass food to the ex-wife and son; the day after Eriko talks about this meeting with his friend Kiyoshi Mitarai.
Moreover, for those who live in that school, the murder of the painter in charge of selecting the works, it’s cause of discussions: he was killed in his home with his lover, only that the room where the bodies have been found was locked from the inside and the house as well, around the house there were only footprints around her but none came in or out, in the wet soil sodden for continuous rain. The two bodies had been pierced with numerous stab wounds which caused a real pool of blood. At first it was supposed Tsuchida had killed the lover and then he had killed himself, but the number of stab wounds which had reached him, all mortal, and the fact that the weapon had not been found together with victims, had ruled out the hypothesis of suicide and corroborated that instead of the double murder.
The contest had been canceled not only for the examiner's death, but also because the competition entries were all hopelessly ruined: the locked room from the inside, where the bodies had been found, was covered with the works in competition, impregnated by blood of the two victims. However not all artworks were encrusted with the blood but also with red paint. Why?
Another strange thing: the Commission had proposed 90 artworks of elementary schools and 50 of middle schools, but Tsuchida had opted instead for 88 and 48. Why?
It has been found an umbrella  also.
The two secondary school children are sure to solve the mystery, especially Kiyoshi: he knows the things pertaining to the competition (because he was in the competition), makes assumptions and says he can solve the case, failing to understand why those four drawings were eliminated from the competition. But he should know more, and to do this, he goes with his friend to the house painter, which is opposite to that in which lives his ex-wife and son. In the land surrounding the house were found fingerprints, but not direct inside or outside the house, and not from the woman or her child, but from the ex-husband of Amagi, who was arrested: after exhausting interrogation he admitts was he to kill the two, but in the same time he is not able to say how. Some suspects he admitted only to end the real psychological torture against him.
The boys ask the two police detectives to have access to the house, but are mocked. However Kiyoshi is able, while he never came to the inside, to provide the exact dimensions of the room in which was made the massacre, in the general astonishment. And guess even those of two rooms placed upstairs. The two policemen, who do not know which way to turn, capture the ball, and accept, even if not willingly, to permit to see the house, whose floors encrusted with blood do not seem very annoy the two boys. 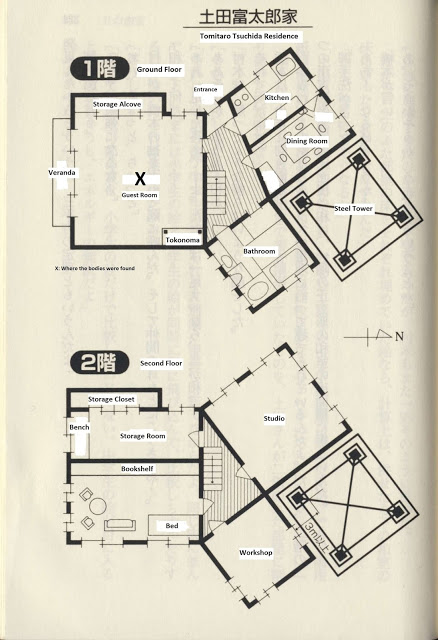 Kiyoshi will first explains because Tsuchida had requested a smaller number of works of four compared to the selected by the Mayor's Commission works numbers: it is related to the square surface of the closed room from inside and those of two rooms on the upper floor, of which a room is a laboratory and the other a study. They seem to be built on the sides of a right triangle whose hypotenuse is the basis of another room. Since the two plans are identical and also the structure, layout and arrangement of the rooms, it follows that the principle by which Kiyoshi solves the riddle, is the Pythagorean Theorem.

In essence, the artworks had been requested by Tsuchida on the assumption they covered together, just the floor of the large room, on the ground floor, and separated depending on the origin (Elementary School and Middle School) the two rooms upstairs: walking over, he would choose the most deserving. It follows from this that the double murder was not conducted in the downstairs room but in the rooms on the upper floor: here the murderer had killed the two, slaughtering them with a knife, then the blood had literally covered the works that carpeted the floor , and in doing so he had raised the issue that other works were not covered in blood (those at the other room): you explain  because it was thought about the red paint. Then the bodies and blood sullied drawings were brought downstairs, everything had been carefully cleaned, so that you do not dated back to the real fall of the crime, and then it was arranged the final scene: the room had been closed from inside and the murderer had come out  by a trick from a flap of  a "tokuroma" tight, too tight for doing it considered a manner of escape: the murderer had used a loophole obviously. This will realize Kiyoshi, identifying also because he had hidden the true scene of the crime, how he had been able to emerge from the first floor leaving no footprints, and also understanding the identity of murderer.
Extraordinary tale of Shimada, is "black" to the core. In disturbing violence and morbidity, the Japanese crime fiction is similar to the French, and Shimada in particular seems to me that he can be compared for example with Paul Halter. In both above all, protagonists are the boys: how not to remember the various Halter novels at which the principal characters are boys? And here the "actors" are the boys. One is even the true detective who discovers the secret, and undoubtedly stems - in my opinion - from Detective Conan, the Japanese cartoon character behind many stories of impossible crimes. 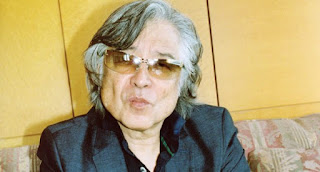 Shimada is sensational not only for his delusional vision of the blood: the blood covering the floors of the upper rooms, soaking the papers of drawings (A3 sheets), there is so much to slip into the gutters between the various sheets, and to force the murderer / murderers to thoroughly clean up the crime scene, and scales, used to drag the bodies and bring down all the drawings covered in blood, to prepare the final staging downstairs, and covering the other artworks with red paint of a blood-like color. All this feverish work of cleaning and sanitation will be discovered only through the Luminol. The comparison with Halter is pivoted on a novel like Le Brouillard rouge, where a room is painted with blood.

But Shimada is also stunning especially for having conceived a plot based on geometry, at which the same solution as the locked room is in relation to the fact that the two square upstairs were constructed on the hypotenuse, the base of the square of the locked room from inside; and having removed the suspicion that the murder had been achieved at the upper floor with an act, because perhaps someone would immediately sense the way out of the house. And even, perhaps, he would discover the murderer. 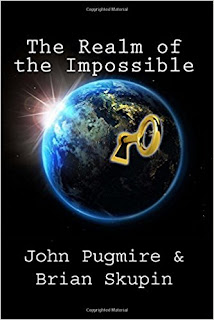 The Japanese Mystery, indeed, while pays its tribute to Anglo-Saxon Mystery, it’s different for a very specific character: the Mystery of the Anglo-Saxon genre, presents a survey carried out in a certain group of  suspected persons of which is necessary to remove the alibis, then we have to find the proofs and especially the motives and finally understand the "modus operandi" of killer. In other words, almost always, when it presents an impossible situation, it must be understood independently from finding the killer, according to two distinct phases; in Japanese Mystery instead, at least in this Shimada, where there is an impossible situation, it need resolve the situation impossible (here "the Locked Rooms"), to understand who is the murderer. In other words, the action of the crime does not presume a survey based on “Whodunnit” but on “Howdunnit”: not who is the murderer (which may suggest how he murdered), but how the murder had been achieved (from which you deduce who is the murderer). It changes the whole perspective. In this I think I can assert an essential truth: the Mystery Japanese, at least that of Shimada, is very close to that of the French Mystery by Halter, Boileau, where the suspects are few, and they can be put questioned only when the mysterious action of the crime is exorcised through the solution of the impossible crime, that unequivocally directs the attention of the investigators against a just and obvious murderer.
Moreover the solution of the Locked Room relative not to the room where the two bodies were found, but to the manner to leave the house, it is very similar to that adopted by Halter in Le Tigre borgne.
Discovering  the killers is not difficult; instead it’s difficult understanding how the killer has killed. And in this Shimada’s tale, this is very difficult.