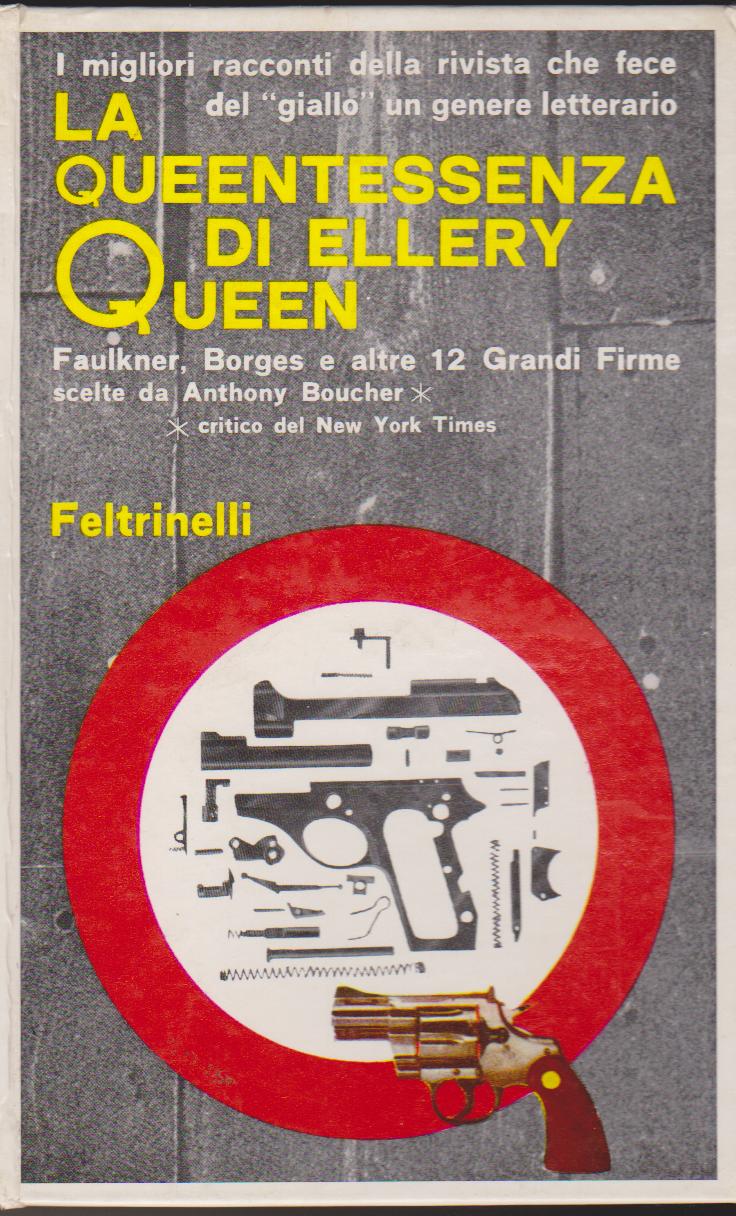 Anthony Boucher was a great novelist but also a great critic. The two activities were the two sides of the same coin: the passion for the mystery.
He cultivated as the novels as the stories, and many of these came under his scrutiny and his increasingly rigorous and careful analysis.
On the occasion of the 25th year of the magazine E.Q.M.M. that it should fall at the beginning of 1966, Anthony Boucher conceived a just homage to the magazine: a collection of short stories by various authors, all published in the magazine, the best of the best in his opinion, a good reason that they could, at best , represent the versatility and quality characteristics of the magazine.
So he created an anthology, which in truth it’s a real firework, by preceding it with an introduction by him, which he prepared for this purpose.
Let's see what understood the collection, in the original:

The house-in-your-hand murder / Roy Vickers --
The other side of the curtain / Helen McCloy --
From another world / Clayton Rawson --
The specialty of the house / Stanley Ellin --
The garden of forking paths / Jorge Luis Borges --
A study in white / Nicholas Blake --
The arrow of God / Leslie Charteris --
Beyond the sea of death / Miriam Allen de Ford --
The gentleman from Paris / John Dickson Carr --
Love lies bleeding / Philip MacDonald --
The trail of John Nobody / A.H.Z. Carr --
The lady-killer / Wilbur Daniel Steele --
The enemy / Charlotte Armstrong --
The contradictory case / Hugh Pentecost --
Woman hunt no good / Oliver La Farge --
Homecoming / Veronica Parker Johns --
The singing stick / Edgar Pangborn --
The challenge / John W. Vandercook --
The quality of mercy / Eleazar Lipsky --
You know what, teacher? / Zenna Henderson --
Tall story / Margery Allingham --
Mom in the spring / James Yaffe --
Dodie and the boogerman / Vinnie Williams --
The man who went to Taltavul's / David Alexander --
The customs of the country / Thomas Flanagan --
Only on rainy nights / Mark van Doren --
The necessity of his condition / Avram Davidson --
Lilith, stay away from the door / B.J.R. Stolper --
The Gettysburg bugle / Ellery Queen.
A weighty collection of 31 short stories preceded by his Introduction, which Boucher offered a glimpse of the publishing forward-looking EQMM in U.S.
However, in the Italian version by Feltrinelli Publishing House, the stories are  reduced to 14 for 311 pages in all, 249 less, compared to 560 of the American edition:
An error in chemistry (Un errore di chimica) di William Faulkner
The garden of forking paths (Il giardino dei sentieri che si biforcano), di Jorge Luis Borges
The other side of the curtain (Dietro la tenda), di Helen McCloy
The specialty of the house (La specialità della casa), di Stanley Ellin
The gentleman from Paris (Il gentiluomo di Parig)i, di John Dickson Carr
From another world (Da un altro mondo), di Clayton Rawson
The arrow of God (La freccia di Dio), di Lesile Charteris
Love lies bleeding (Amico mio), di Philip MacDonald
The trail of John Nobody (Il processo a John Nobody), di A.H.Z.Carr
The contradictory case (Mille dollari di scommessa), di Hugh Pentecost
Mom in the spring (Mamma a primavera), di James Yaffe
Dodie and the boogerman (Dodie e il Mammone), di Vinnie Williams
Only on rainy nights (Solo nelle sere di pioggia), di Mark Van Doren
The Gettysburg bugle (La squilla di Gettysburg), di Ellery Queen.
In short, a further selection in the selection already prepared by Boucher. Why it was adopted in the Italian edition? Surely even for an economic issue, and for a purely evaluative: can I assume that the authors presented in the collection, you knew that had been presented in Italy, probably in publications in the library, and then it was assumed that they could present to the Italian reader , a valid call. However, you do not understand the exclusion of some superstars such as Nicholas Blake, Roy Vickers, Q.Patrick, Charlotte Anderson, Margery Allingham, David Alexander. I get the impression that, although the authors were by the first order, maybe they were at the time authors only published in the editions at newsstands, and as such, mistreated compared to other authors, perhaps even leading as Vinnie Williams, but that had deserved still an issue in the library. In fact, Vinnie Williams, taken as an example had been published in a selection of Reader's Digest, literary publication which in those years was very popular in Italy.
These stories deserve to be treated separately, each separate from the others.
And it does not mean anything that some of these authors may be unknown to the public Italian (it should be said) more accustomed to prefer novels to short stories.
James Yaffe was the youngest writer discovered by EQMM: he was fifteen years old when the first story was published. So, too, is very famous Stanley Ellin, whose first story ( presented here) caused a sensation. Something about him was published in Italy (by Feltrinelli and by Einaudi), although too little for a Edgar winner. Other authors are very well known: for example William Faulkner, writer of The Sound and the Fury, 1929, later Nobel Prize for Literature.
Of course, there are tales of "monsters" of the mystery of all time, as Ellery Queen (had to be a story of the founder of EQMM?), John Dickson Carr, Philip MacDonald, and Helen McCloy; and novelists of literary value perhaps more modest but inventive absolutely extraordinary, that in certain subgenres, surging to the stars of the first magnitude, such as Clayton Rawson within the subgenre of Locked Room. That, beyond my appreciation and his historical importance in the context of Locked Rooms, however, could never be overlooked, for the obvious reason of being Clayton Rawson, in the years when the homage of Boucher was published, the publisher of EQMM. 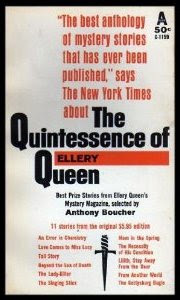