The first novel by Charlotte Armstrong 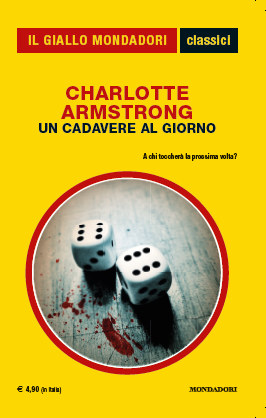 Charlotte Armstrong, born in Vulcan, Michigan, he was thirty-seven years old when she published her first crime novel, Lay on, Mac Duff!, 1942, who began the cycle of the same name. However, it ended in 1945, after only three novels. Was enough, however, to open the doors of success, and to make her appreciate how one of the writers finer and even more ingenious of the panorama detective U.S..
In fact, Lay on, Mac Duff!, followed by The Case of the Weird Sisters, 1943 and The Innocent Flower,1945, consecrated her definitely as a writer of the first magnitude.
Lay on, Mac Duff!, 1942, is an excellent novel, which I would define as experimentation was well received by the public, without being exceptional. In fact, there are already several ideas that Charlotte Armstrong inserted in later novels.
A poor orphan, Bessie Gibbon, is welcomed in the home of a rich uncle, Charles Cathcart, who is also known as a bird of prey of high finance, and which has three partners, with which he often plays. When Bessie is introduced in his house, she find  his uncle who plays "Royal Table" along with Guy Maxon, Bertram Gaskell and Hudson Winberry. There is also secretary of Winberry, Hugh Miller. In the room, the air is not kind: Bessie clearly perceives an aura of evil, hatred repressed.
That deepens, when his uncle lost (an anomaly, since always wins) and won the shareholders: for anger, Uncle Charles throws, unseen, three red men, some of the pieces with which he plays this game, the window . Bessie observes it. That very night, when the guests are all gone, Winberry is killed in his house with a gun, and the corpse is found at one of the three red checkers, similar to those that Charles had thrown out the window.
The police immediately directs the crime matured in its environment. Only three people, so they could commit and take advantage of: the three partners. The clues would become four if you add the three the only other man present that evening at home Cathcart: Hugh Miller, assistant Winberry. Hugh Miller just before the crime is consumed said he lost his apartment key to Winberry: will be found somewhere else later.
But soon the investigation looming difficult. All have their say, and it is not possible at the moment scratching the alibi: All three, in fact all four, could have committed the murder. But why Miller would kill his own employer? There would have received nothing. The others may get something.
The problem is that the victim is said to have exclaimed that he had never seen before his murderer: it was rescued when he was still alive. What does this mean? If true at all, he could not be one of the other three, even four, the murderer, because the victim would not have whispered, more to the point of death, not to recognize it.
The more we go forward with the investigation, the more you know other details: the home, which has helped the owner, said that there were two entrances into the house, one after the other, and after a while he heard, for the second time, the door open, he heard the shot. Old as the servant, when he rescued the master, the murderer was already far away.
However, what really you can not understand is because the victim has not removed his coat, if it was there first. This coat is one of the peculiar characteristics of this novel: it can be said that Armstrong plays with sensations. I will say further, the appearance of the amateur Mac Duff, a former professor of History, the sensations, perceptions, moods are often the most interesting clues. Here the feelings are those inherent in the heat and cold. Return several times in the course of the novel. On that occasion, this insistence on the opposition between hot and cold is evident twice, not only in reasoning on the coat (and there will be another even more important at the end of the novel, on the other the head of another person, from which emerge undoubtedly the guilt of the murderer), but also on what you appointment on the glasses. Yeah, because someone (Mac Duff, after being hired by Bessie and her boyfriend, journalist Jones) reflecting on the famous coat, suggests that the host may not have been the first to arrive, but the second fact, the what could be related to the fact that he had his glasses, and that, as everyone knows, when you switch from a colder to a warmer, glasses fog up. But why he had never seen? Bessie at this point reveals something that MacDuff did not know: during the famous game, Winberry, a bad person as sin, he exclaimed several times the word "never", but not giving it his absolute meaning. It means that in our case, could mean, that he "could not see him." What is in accord with the hypothesis of glasses fogged. 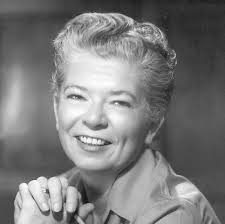 An atmosphere like that, artificially constructed on the basis of a process purely literary style, is enhanced here by a component of pure atmosphere: claustrophobia, together with another: evil. In practice, everything that happens, happens because something lingers in the house, a feeling of repressed hatred that feeds on itself: as long as the characters of the story, are locked up in various rooms of the house, the perceptions of hate Bessie (character alien to the house, which is on the outside, and is therefore more receptive to those who already live in that environment), perceives, are always very strong, when in fact the characters leave the room, that's the voltage drops . This decrease was most certainly down also highlighted by the comparison of the situations in which governs the repressed feelings of hatred expressed by the assassin, who attends that environment for some time, and the brightness and light of Lina Cathcart, young wife of Charles Cathcart, which dissipate the atmosphere of hatred.
The claustrophobia is a mode accentuates the voltage, which is not only found here. In fact, here it is in a sense proven, but its highest expression is in the staging of the three sisters (almost three Fates) a blind, a deaf, a truncated, which are locked in the old house in The Case of the Weird Sisters , the second novel cycle Mac Duff.
Normally, in the dark, at night, is connected a feeling of insecurity in the novels, and in reality, murder, robbery, rape are almost always in the evening, at night, in the dark, in places not frequented, not light, the light are connected instead of the states related to the safety and well. In the case of our novel, these two original states and visible, is also linked to the opposition of perceptions related to temperature, cold or warm. These meet the need of creating an additional, suggesting that some things happen when there is a temperature other when there is another. More precisely, since the first two murders happen at night, and the nights are cold, the bad syllogism is associated with the cold, because it takes place outside the house, where, instead, everything is under control, where there is the warmth of the hearth.
When heat reacts the bitter cold, here fogging and the first murder, when in the second case is changed the timer on the thermostat inside the house, it is because there was the second murder. The third will subtract this logical sequence, because the second will not premeditation but according to the occasion that needs to be taken on the fly, “carpe diem” that defies every law intended.
But Charlotte Armstrong finds in this novel, in contrast cold hot, the emotional root of the novel, because, I believe, is the source of perceptual sensation of cold-hot: cold not only because it is connected to the death of the night, but because as you get closer to death, becomes less hot, because death is cold. So where there is cold, regardless of whether it is day or night, you end up dying, if you are not properly repaired.
Bessie will be conclusive evidence of the identity of the murderer, and the exoneration of the innocent, right in the cold-warm contrast: the coat if it had been used at night, it would have been cold, but instead what she cherished was warm, ie had remained in the house, had not been brought out into the night. And even more consequently, it could not be that coat was used by the murderer.
Not surprisingly, will remember this particular prior to the murderess is recognized that, when associate the warmth of the coat and the warmth that she had tried clutching journalist Jones, feeling the warmth of his coat, when he repaired properly between the his arms.
In other words, it is as if Charlotte Armstrong had said that "only love can conquer hate."