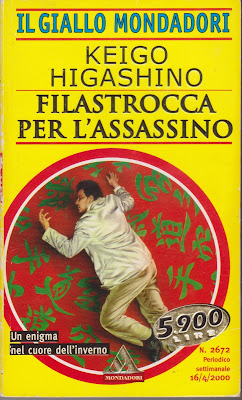 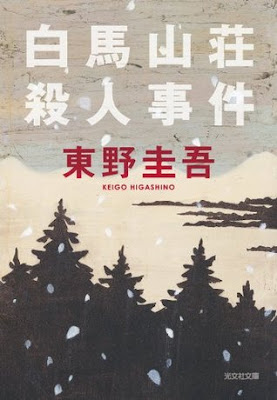 The novel distinguishes 1 plot, substantively, that is, the death of Koichi Hara inside a locked room, and various subplots that depend directly or indirectly on the plot: the nursery rhymes, the death of the Kawasaki jeweler and the disappearance of the precious stones with him, the death of the child of the old mistress of the board and of herself for suicide, the death of Oki during the adventure of the two girls in retirement.
Everything is explained in detail, even the improbability of finding a poison as rare as aconitin.
The mechanism of the locked room is very interesting:

SPOILER
Koichi Hara had been found poisoned in his bedroom, whose window was closed from the inside, and the door itself, and the door that communicated with the corridor was also closed, because the room consisted of a bedroom and of a living room outside it. The time of his discovery was in three differing moments: first Takase, a young employee had found the bedroom door closed, then he had also closed the door that led to the corridor, and finally he went to open both with a passe-partout finding the guest died. Now, as I understood, after reading and rereading the passage several times, the killer poisons Harata's coke; then he leaves the accomplice in the bedroom, and the latter closes the door from the inside with an automatic lock and the window with the bolt. The killer goes to call Takase and reminds him that Hara still did not show up for dinner. Both go and find the bedroom closed from the inside. Then the killer convinces Takase to go and see Hara through the window, but of course it's closed. All to make Takase understand that both doors and windows are inaccessible. Meanwhile, Takase comes knocking: the accomplice is still in the room. After Takase leaves, the accomplice reopens the bedroom door and goes to close the door on the corridor; then through the bedroom window, she comes out leaving it ajar and returns to the house. Half an hour later, the killer returns from the window, closes the window and the bedroom door behind him and hides behind the sofa. Meanwhile, the accomplice convinced Takase to enter using the passe partout. After opening the living room door, and then the bedroom door, he slips out from behind the sofa and leaves, managing to materialize behind Takase, as if he were coming from another retirement environment. And that's it! It 'another of those large closed rooms that for their spectacularity and difficulty, must necessarily need a staging in which two people necessarily enter, acting in turn to make up.

For convenience I divided the action between murderer and accomplice, but in reality, it is more likely that the accomplice has murdered Koichi while the other has caused the death of Osaki who blackmailed them. Basically we have two subjects united by a criminal pact that murder according to the opportunity. The solution as we see is very interesting. However, it leaves a glimmer, which for me makes the solution a bit weak: the passe partout. The existence of a passe partout, and the fact that the rooms are opened by Takase, reduces the impossibility of a lot: here we do not have doors closed from the inside by latches and / or keys inserted inside, but closed doors with locks to shooting. Ultimately, anyone equipped with passe partout without making the abattoir described, could enter and exit comfortably. In order for this to not occur, both Takase and Kirihara, respectively an employee and owner of the pension, should have been eliminated from suspicion. Not only. Anyone could have entered with the pass partout, if dependent. And Kurumi, the maid, are also employees; and the chef. So they should have been eliminated from the suspects too. What the novel does not say enough is about the passe partout: about the impossibility that it could also be used by others; and about the innocence of Kirihara and Takase.
Beyond this weak point, the novel is a riot of mysterious situations, a true beauty.
Hakuba Sansō Satsujin Jiken unlike the later novels, more psychological and stronger, proceeds in the direction of Mystery Anglo-Saxon inspiration, indeed almost a tribute. Obviously it puts of his: it is seen above all in the atmosphere, in the descriptions always very vivid, in the landscapes and in the typically Asian references (the two sections of the collapsed bridge are compared to two dragons, mother and son who look at each other 'other). But the reference to the Anglo-Saxon themes is very clear: The nursery rhyme of Mother Goose, already used in novels by Agatha Christie, S.S. Van Dine and Ellery Queen.
Now that Christie, Van Dine and Ellery Queen, have influenced the Japanese Mystery writing culture, it is an established fact; and also in a rather marked way. So how can we not recognize the influence of some of their novels on this of Higashino?
Among the three novels (There Was an Old Woman of 1943, by Ellery Queen; The Bishop Murder Case by Van Dine, 1928, which should have been originally called The Mother Goose Murder Case; A Pocket full of Rye, 1953 by Agatha Christie), what may have had more weight is precisely that of Agatha Christie: in fact in both novels, the victim of the plot, is killed by a poison: aconitin as in the case by Higashino, yew tree poison in that by Agatha Christie. And in both cases, these poisons are very little known and difficult to obtain even if deadly: aconitin is obtained by distillation of the roots of the aconite, a blue-flowered plant; the yew tree poison, by distillation of leaves, branches and seeds of the yew tree, called the tree of death (the magic wand of Valdemort, in Henry Potter, is made with yew wood). Another clue that leads us to Agatha Christie, is the figure of the Inspector Muramasa. In fact, on page 111 we read: "Naoko thought that the man looked like the famous investigator Poirot. Not that his image overlapped perfectly with that of the famous character, it was the scene that evoked it: it seemed to her that she had already seen it ".
For the Locked Room mechanism, if I have to tell you the truth, it brought me back to mind, but it's probably just an association of ideas, Derek Smith's first room of Whistle Up The Devil, also because of the window's function. the participation of an accomplice in the success of the plan.
What is striking is how I said the sad atmosphere that pervades the story. Now the Japanese novels are usually sad, melancholic. I do not know if it's a trait of their own, or if this aura of heaviness is derived from the 1945 nuclear bombardment. I do not know. The fact is that usually novels and Japanese stories are certainly not happy. And they are normally full of blood. Here instead there is a different event: not even a drop of blood.
The Locked Room does not condition the whole novel, but, exposed at the beginning of the story, is abandoned and replaced by a whole series of events, above all the mystery of the nursery rhymes, only to be resumed at the end when it is explained: a bit 'as the same procedure that we see exhibited in Alan Thomas's masterpiece: The Death of Laurence Vining. From this point of view it seems a mystery of the thirties; and another feature that brings us to the best Anglo-Saxon tradition, is the map that we find described, as Takate sketched by desire of Makoto and Naoko. And then the explanation of Muramasa and the identification of the culprits, made while a meeting in the hotel lounge in front of all the actors of the drama: another peculiar feature of the Anglo-Saxon mysteries.