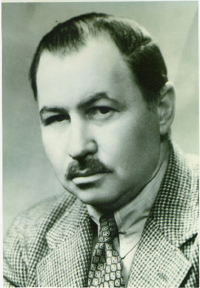 Born in 1895 in New York, Charles Daly King was educated at Newark Academy, Yale and Columbia University. He graduated in psychology, and after having fought as an officer during the First World War, he became one of the biggest followers of Gurdjieff, interesting about the sleep and its components, since his thesis, publishing thick essays about psychology, including Beyond Behaviorism (1927) and The Psychology of Consciousness (1932). He was part of the group of AR Orage in New York and later headed the group in Orange in New Jersey. Besides the two texts quoted, he wrote a manuscript which circulated only in circles of fans, The Oragean Version. He died in Bermuda in 1963.
From 1932, he wrote seven novels, six of which are published, which represent the legacy of vandinian mystery school, perhaps of more than the highest expression.