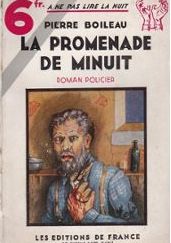 Andre Blunel is struggling with one of his identity crisis: he would like to have on your hands a good case that gives him the opportunity to start his gray cells; instead nothing is proposed. The fact that the local press defines him the benefactor of mankind, he does feel bad, because he does not feel this: he does not fight the criminals to affirm the sense of justice, but only to affirm his self-centeredness. Basically he's a kind of Philo Vance, who looks for the best criminals to fight with them, challenging them in terms of logic and deduction. When they least expect it, that's what happens to him another chance: Lucien Blaisot goes to Brunel’s home a, a tall and thin man who will be called throughout the novel with the acception of "The wader." Lucien tells a story: his father, Auguste, one day he disappeared. He led a quiet life after all: he had only the  passion of mechanical engineering, and he had built next to the house, a kind of laboratory-store, where he spent his nights. Neither he nor his mother, nor his uncle, Charles, imagine where he can be done. They didn’t  alert the police, even to avoid ending up in people's mouths. The fact is that Lucien reveals that his father had to have a double life: in fact, when he should have been in the lab, he was gone, and with him the gig, not the car. Where did he go at night to return early in the morning?

Andre Brunel and his friend (the narrator) departed for Coteville (Seine-Inferieure), near Dieppe, where Blaisot lives. Upon arrival, he receive a serious news: Uncle Charles, the brother of the father, was found by the maid, dead: cause of death a deep wound to the abdomen. The fact is that when they go on site and find the old man dead, note the absence of traces of blood, despite the grandeur of the bleeding, a sign that the injury occurred elsewhere: it must have been murder, because the weapon that wounded him to death was not found.
Brunel, since when the body was found the wind was blowing in the opposite, and since the Carles body was found close the output in front of villa and not close the outputs behind it, Brunel thinks the injury should not be done near the behind output, otherwise the wounded would enter the house through that output, and he deduces so the possible direction that Charles Blaisot must have followed, dragging wounded from the place of  aggression.


The lieutenant of the gendarmerie Perruchet , which is already on site, willingly accepts the help of Brunel. 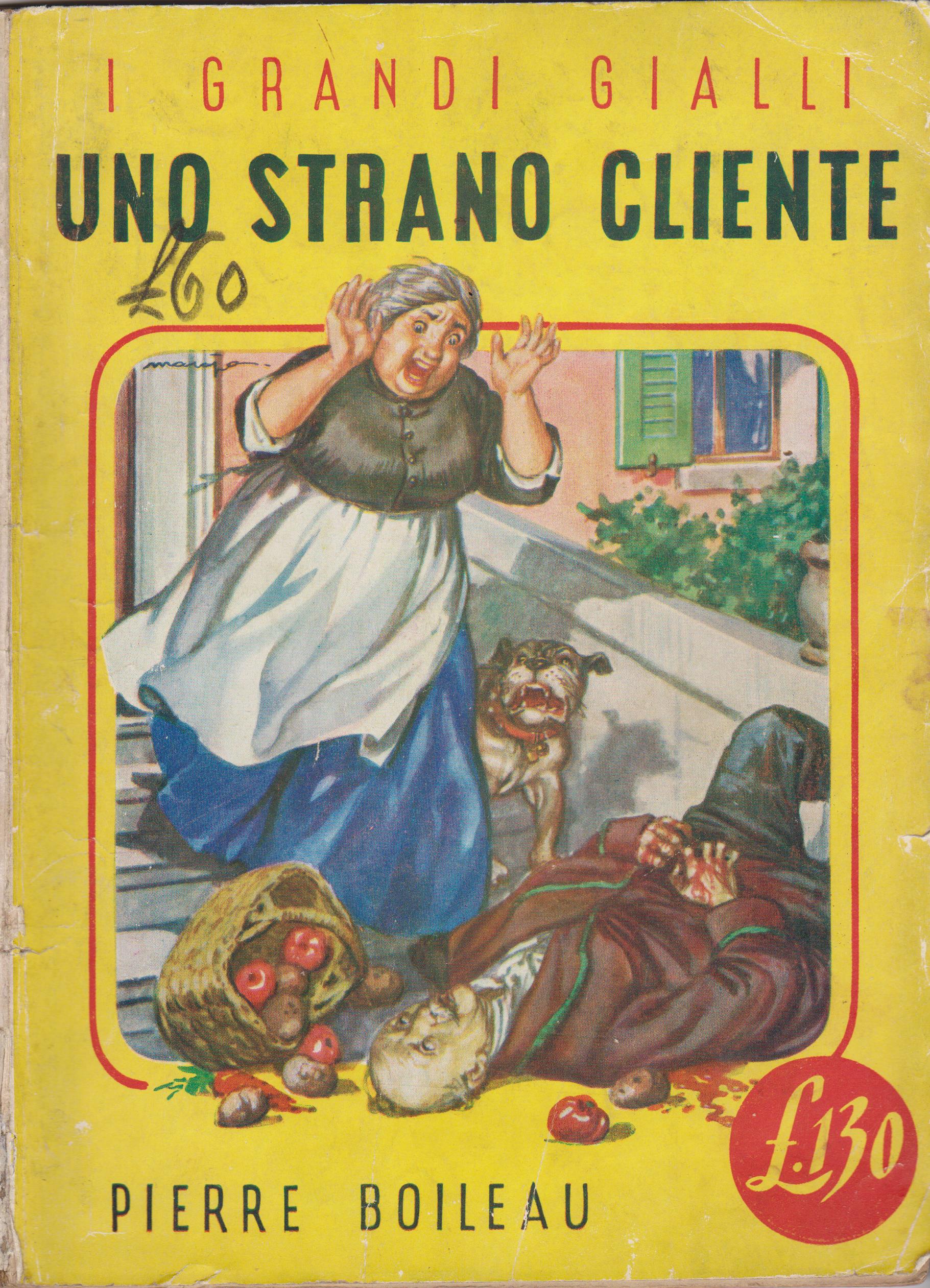 What could have been perhaps a poacher, is supported by the fact that it is found in the place that indicates Brunel as possible for the murder, a 16 caliber cartridge case, a shotgun, a weapon that may very well have hit all horribly to abdomen of old Charles. And he finds also a set of footprints, which at first seem to point towards a lame, who disappears after a certain number of steps, at the entrance to a path that leads to an abandoned house.
After excluding other possible poachers, they decide to break into the house and found a hidden gun that may have been the murder weapon. The house is inhabited by a Roujard Raymond, who flees at sight of they but is caught after a short chase: he is a poacher, a lout, vagabond half. Arrested, he is taken to the guardhouse. Is he the killer of Charles Blaisot? Has he something to do with the death of Auguste Blaisot? Brunel is convinced that, if they really as it seems, death and disappearance (but he suspects another death) are connected, Roujard surely must have been manipulated by someone: in short, he was the arm, as it is now safe, but certainly he is not the mind, being an individual rather foolish.
Brunel convinces Perruchet to set a trap to Roujard: they will loosen the surveillance so that he flees, and they will follow him, make sure that they will surprise the accomplices of Roujard. Everything goes as expected: Roujard escapes and flees to his home. Brunel, the friend and lieutenant of the gendarmerie divide the outputs of the hut: the door and the two windows, each guarding one of them. The adventurer is at their mercy. However, while they tend to be besieged house come two cyclists, and while one of them refuses to qualify, assaulting the lieutenant, and runs away, they see the other fleeing, just while they hear a horrible scream and Roujard is found in a sea of blood with his throat cut. Next to the body was found a knife, which will be identified as belonging to Charles Blaisot. What does it mean? That surely Roujard must have killed Blaisot, ma..who did  kill him in turn? How did a knife with the initials of Charles Blaisot to be found in the throat of Roujard?
Brunel suspects that someone else has a role in the affair. But he has no evidence of any kind. He only knows that the only witness to the mystery that weighs the whole thing will never speak, because  he just can not talk. If anything knows neigh: he is the horse that pulls the carriage. Could he know where the old Auguste went at night? Brunel relies on the only track that has: after he convinced Lucien to accompany him, they leave at night on the gig and let the horse follow his route. The horse will lead them to an abandoned house, where Brunel will have a big surprise that nearly will end  with his untimely death: he will be captured and he will be on the verge of ending his life prematurely, but not before learning that Roujard was not killed from one of two cyclists. So who could have killed him if the three outputs of the house were controlled by them and no one else has seen except the two cyclists? A mystery of the Locked Room, but no one did not think it was intended as such. This time Brunel should thank his friend-helper for realizing something that Brunel had failed and for saving him when they were going to kill him.
In a final deliverer, it will explain everything, and more than one will have to reveal the truth.


Delicious novel, with features very enjoyable (the way without evidence of any kind, but only by relying on intuition and acumen, Brunel really understands where did the murder of Charles Blaisot, and the clues that lead him to suspect a poacher, is truly a bravura performance), the novel plays again on what is the common feature of French novels of the period, of which Boileau embodies undisputed leadership: to ignore atmospheric and psychological descriptions in order to present the reader with a history based purely on a mystery that will take, when it will be resolved successfully, the explanation of everything. It 'a very simplistic way of writing but it allows you to focus all their energies on the interweaving and on the mystery without caring about anything else.

In a sense, this novel is also very interesting, because it is a preparatory study to the last of Locked Rooms  addressed in the 1939 novel: there is first the idea of the house guarded by three different people (Brunel, his friend and assistant, the policeman on turn) who supervise each one of the possible outputs of the house, and then there's also the consequent effect, as one who is locked up at home, dies in impossible circumstances. Facts that repeat exactly or almost the last death told in Six Crimes sans assassin.
Interesting is also the network that envelops together two completely different stories, presenting two bodies, died by other than, as a result of completely unrelated events that involve people who do not even know, in a plot that does not feel the need to follow the classical ideas of the detective story of those years, the 20 rules by Van Dine.
In a world once again of the past: bucolic ambience (but not too much), almost surreal characters, an animal that brings men to discover a plot not imagined, carriages and vintage cars, criminals fleeing forking two bicycles, half-truths and half-lies, a celebrated detective who thanks his aide improvised detective to have saved him, a beautiful girl whose the friend by Brunel falls in love. And two killers who are about to become, driven by necessity, but in fact “chicken thieves”.
A novel that in part is still the son of the adventure novel by Maurice Leblanc, and once again with a staging that is revealed at the end and that comes as a surprise the reader.