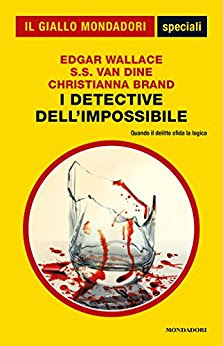 Merlini said that Fell at The Hollow Man mentions basically two classes of Locked Rooms:
“.. He mentions two major classes: (A) The crime committed in a hermetically sealed room Which really is hermetically sealed, and no murderer has escaped from Which, Because no murderer was actually in the room, and (B) the crime committed Which in a room only Appears to be hermetically sealed, and from Which there is some more or less subtle means of escape ...”
And then unexpectedly he adds  there is also a third not covered by Fell:
“...There is, "he unexpectedly announced basis," one more class of locked-room flim-flam. Class C. "...
"What is Class C?"
"It's something Dr. Fell did not mention, as I remember. Superintendent Hadley was always interrupting him in the most interesting places. "
"If this person Fell always had to work up a lather of sus ¬ pense On His listeners before he flesh out with it, I do not blame the Superintendent. Get on with it! "
"Class C includes Which Those murders are committed in a hermetically sealed room Which really is hermetically sealed and no murderer escapes from Which, not Because He was not there, but Because He stays there, hidden-"
"But-" Gavigan and I both started to protest.
"Stays there hidden until after the room Has Been broken into, and leaves before it is searched.”
In essence, the Locked Room used by Christianna Brand.