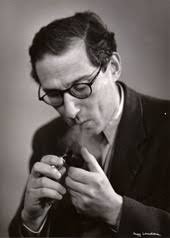 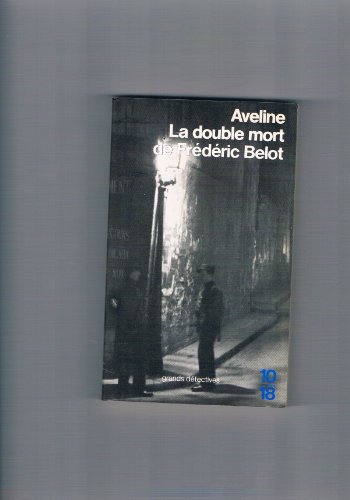 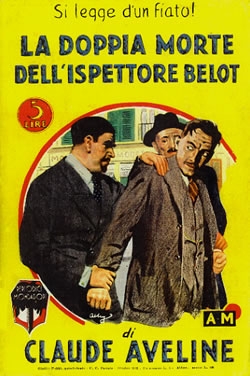 Aveline, even, also to involve more the reader in history, he humanizes the drama telling about the Inspector Riviére, the real detective story, Belot’s godchild, who learns that the man to whom he was very close in human terms, because a great friend of father and protector in Police, was brutally murdered in his home. It 's a well known fact (and accepted) that if the protagonist is himself embroiled in an investigation, the reader will follow with more passion for the evolution of the story.
Not only. To involve even more the reader, Aveline imagines himself involved in the action, since the writer is also the narrator of the story. In this Aveline comes very close to Van Dine: in fact S.S. Van Dine was the narrator of  Philo Vance plots.
Aveline, writing a detective story, with the best writing possible, evoking a history in the balance between the absurd and the improbable, and resolving it in a way that the solution is the only one capable of bringing the absurd and the unlikely to a possible dimension, and putting into, also a love story poignant and significant psychological implications, then creates a new type of novel, a “serious”detective story.
This seriousness of novel, puts him at odds with the serious crime literature of his time, which normally (without touching the vertices) gives maximum emphasis to the plot at the expense of the rest. Here, however, everything has got an own role, all figures need: All figures represented here have a soul.
Notice for example how he can make us extremely close, with fine psychology, the envy of the concierge sloppy and dirty, against Mrs. Lesueur, who with her, with a caretaker, doesn’t unburden herself her because she is superb, “as if do half service itwas not like being a servant”.
Furthermore, here, like a Greek tragedy, the story has not solution , hasn’t an ending that brings the calm after the storm. No. Here the calm will not reappear. Indeed ..
In fact, the solution is bitter beyond measure: a suicide attempt has turned into something else, and who had to be suicidal, he becomes, not wanting to, killer. Then, there is someone else who intervenes and changes the nature of the events. Just that .. he/she doesn’t understand the importance of light.
Has a small, insignificant detail all this matter? Perhaps even more, it also has a metaphorical: light of the apartment brings light on the case; without the light there was really a “pitch dark”.
In this novel all the characters in this absurd story ends up being the alter ego of the Homeric heroes prisoners of fate and prisoners of whims of the gods, forced to recite the parties and to live a tragedy that can not be avoided because they have unknowingly put their own the gears in motion. In a certain sense, the murderer is not really.
In the novels of the period, no one stops to contemplate death. It is only functional in the story, but in no way its tragedy is analyzed. But here it happens.
The story then loses the characteristics of game intelligence, to take those of analysis of the soul. In a sense, this makes the reading not easy, and the pace quite heavy.
Moreover, as evoked by the same title, here everything is double, one could say this is  the Aveline “triumph of the double” in crime fiction: real Belot is a double (what appears and what it is); Belot is double as an individual (the Belot true and false); the Picard truth is double: the untold truth and revealed truth; the house is a double: two floors, two separate entrances, and a plan is divided into two; the murderer is double: the true and the false; the gun is double; the collection of clothes is double; the same identity card is double; false Belot is double: his true identity hidden and the false assumed and demonstrated to other as true; the story of Mrs. Diguise is double because she believes to love Belot and instead she fells in love with Ferreux, false Belot.
The murderer is double, also: a false killer who pretends to be true, and then the true murderer. The same Mrs. Diguise is double because in real life has different surnames, and she is doubly double since last lines of the story it is clear that she is a friend in common (double friend) as the narrator (Aveline) as the detective ( Riviere) among their, friends.
I end with a think of Aveline, taken from the Double note on crime fiction in general and on this suite in particular:
“As for the novel, it raised - after a unanimous praise of writing that moved me and which I have not kept any account (this edition offers the reader a text completely redone) - the most contradictory comments. Realized and betrayed the promise of the preface. It broke with the old formulas and it didn’t bring the slightest news. It was "super-police", algebraic, and sacrificed the interweaving to psychology. On two points, as I expected, he had to find "against" the majority of jury.

1° Despite my prior statement, I wanted to write a detective novel;
2° The theme of the double ... it was incredible”.