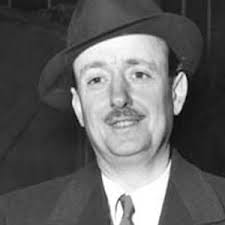 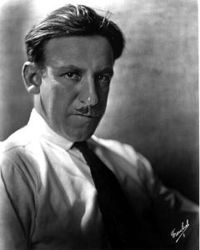 (Two years ago I wrote the following article, then published at 2011, 29th July on Blog Giallo Mondadori, where it is. It is the Part One of three articles until today, of a History of the Locked-Room Lecture (but a fourth part it's in preparation). In this blog today I publish it, translated in English, for whom (americans and french friends, also) doesn't know italian language.)

"Once, a couple of years ago (I think it was in that White Priory case) I made a generalization. I said there were only three motives for a murderer to create a locked-room situation. I said there was first, the suicide-fake; second, the ghost-fake; third, a series of accidents which the murderer couldn't help. Well, I was wrong. When I was gradually tumblin' to the way in which this little sleight-o'-hand trick was worked, I saw a fourth motive, the neatest and most intelligent of all. A super-cunning criminal has at last realized the legal value of impossibility; and he's realized that, if he can really create an impossible situation, he can never be convicted for murder no matter if all the other evidence is strong enough to hang a bench of bishops. He is not tryin' to evade the detecting power of the law so much as to evade the punishing power. He's realized that, set beside impossibility, all other methods of coverin' his tracks are clumsy and uncertain.

Look here! An ordinary criminal sets out to commit a murder and cover his tracks - how? Usually with an alibi. He tampers with clocks. He gets on and off bicycles or trains; he fools about with time-tables or steeplejack stunts; he winds himself up in shroud of red tape, doin' the most dangerous thing of all because every point must depend on somebody else, every point brings complication after complication, every point puts him into fresh danger of bein' caught in a lie.
But, suppose, on the other hand, he can kill his victim in such a way that the police can't tell how it was done?- a locked room, a body alone in snow, whatever you like? The police may be certain he did it. He may be found with blood on his hands and blood-money in his pocket. If they dare to bring him to court, judge and jury may be certain he did it. Yet if the Crown can't show how he did it, he must be acquitted. A court of law ain't a court of probability; it's a court of certainty. He's pinnin' his faith to the whole crux of criminal law-the reasonable doubt."
(Carter Dickson – The Ten Teacups, 1937 – Heinemann, Chapter 19: H.M.'s Way - )


Interesting this comparison, is not it? Fell speaks about technique, Merrivale about psychology: here because Carr breaks down the two aspects: he wants to be treated separately by two of his major characters, giving importance to both. Still, the judgment by Merrivale, wrongly, over the years, was underestimated :even more so in the novel of 1937 compared to 1934, Carr reveals the real reason underlying the need to create a locked room: it is the only way the murderess has to put the gag to the police. Who in fact, while arresting him, will not convince the judge, exposing a theory that explains exactly how the murder was perpetrated, will be forced to release him. Because doesn’t serve as clues albeit very safe, as absolute certainty.Then Carr is definitely the best. But in this case, “best” is not absolute concept, as relevant: in fact, if it is true that the Locked-Room Lecture by Gideon Fell, and the two interesting reflections by Henry Merrivale constitute a monument to all those who recognize the primacy, it is also true that they can be regarded as a counterbalance each the other extraordinary Locked-Room Lecture, by Clayton Rawson, a great friend of Carr. 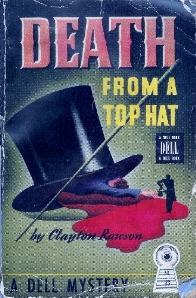